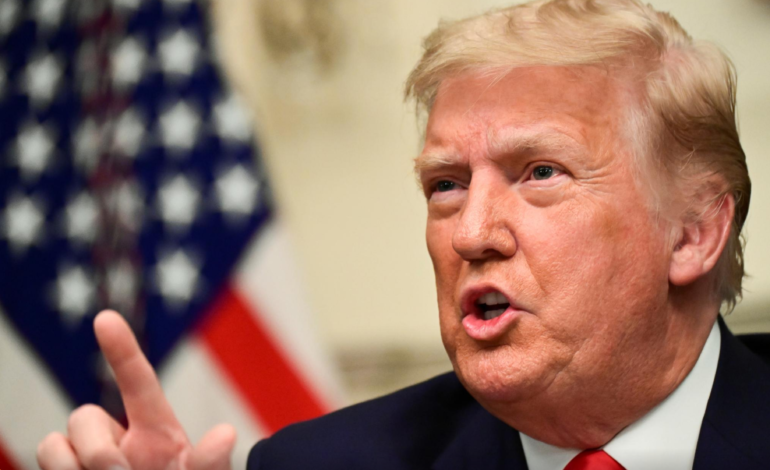 WASHINGTON D.C. — On Friday, the U.S. Supreme Court rejected a long-shot lawsuit filed by Texas and backed by President Trump seeking to throw out voting results in four states, dealing him a crushing setback in his quest to undo his election loss to President-elect Joe Biden.

The justices in a brief order said Texas did not have legal standing to bring the case against Georgia, Michigan, Pennsylvania and Wisconsin.

The case was filed on Tuesday by the Republican attorney general of Texas, a Trump ally. The Republican president filed a motion on Wednesday to intervene and become a plaintiff.

The Supreme Court’s 6-3 conservative majority includes three justices appointed by Trump and none of them commented in the unsigned order. Before the Nov. 3 election, Trump said he expected its outcome to be decided by the Supreme Court.

“Texas has not demonstrated a judicially cognizable interest in the manner in which another state conducts its elections,” the court’s order said.

Two of the court’s conservatives, Justice Samuel Alito and Justice Clarence Thomas, said they would have allowed Texas to sue, but would not have blocked the four states from finalizing their election results.

There was no immediate response from the White House. A Biden spokesman said it was “no surprise” the high court rejected “baseless attempts” to deny Trump lost the election.

“Our nation’s highest court saw through this seditious abuse of our electoral process,” Pennsylvania Attorney General Josh Shapiro, a Democrat, said on Twitter.

The four states, in a filing with the court on Thursday, asked the justices to reject the lawsuit, which they said had no factual or legal grounds.

Trump’s campaign and his allies already had lost in numerous lawsuits in state and federal courts challenging the election results. Trump has falsely claimed he won the election and has made baseless allegations of widespread voting fraud and a system “rigged” against him. State election officials have said they have found no evidence of such fraud. Lawyers for Trump and his allies have failed to present evidence in court of the type of fraud he has alleged.

Texas had asked the justices to throw out the election results in the four states. Biden won all four states. Trump had won them in the 2016 election.

Trump and many of his fellow Republicans have made unfounded claims that the expansion of mail-in voting during the coronavirus pandemic led to Biden fraudulently winning in election battleground states. Democrats and other critics have accused Trump of seeking to shatter public belief in the integrity of U.S. elections and sabotage American democracy by trying to subvert the will of the voters.

Trump has refused to concede the election and many Republicans have not acknowledged Biden as president-elect. Biden is due to take office on Jan. 20.

The Texas lawsuit argued that changes made by the four states to voting procedures amid the coronavirus pandemic to expand mail-in voting were unlawful. Texas asked the Supreme Court to immediately block the four states from using the voting results to appoint presidential electors to the Electoral College, which is scheduled to formally pick the winner on Monday.