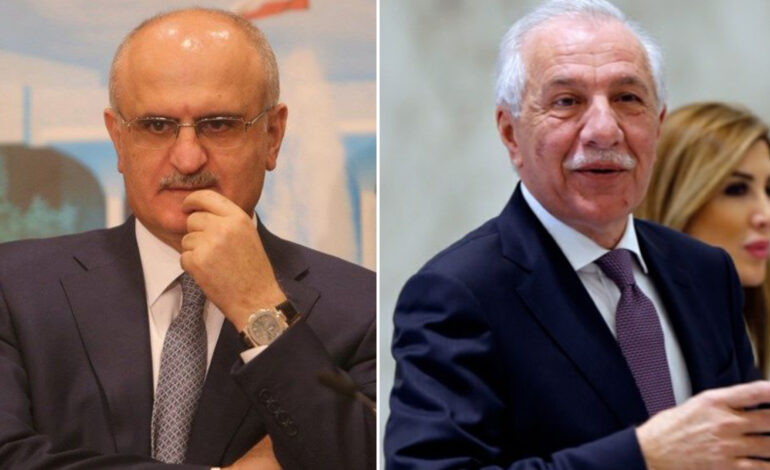 Ali Hassan Khalil, a former finance minister, and Ghazi Zeaiter, a former public works minister, who were both charged, said they had not been officially informed of Wednesday’s session

BEIRUT — Two former Lebanese ministers charged with negligence over a huge explosion at Beirut port in August that killed 200 people snubbed a judge on Wednesday by not turning up for questioning.

Judge Fadi Sawan charged three former ministers and the caretaker prime minister last week, sparking fierce debate about whether he had the authority to charge the politicians in a nation still seeking answers about the devastating blast.

The explosion, one of the biggest non-nuclear blasts in history, added further strains to a country struggling with its worst crisis since the 1975-1990 civil war.

Some leading parties rebuked the judge for his action, including the Shi’a Muslim movement Hezbollah and the Sunni group led by former Prime Minister Saad al-Hariri.

Ali Hassan Khalil, a former finance minister, and Ghazi Zeaiter, a former public works minister, who were both charged, said they had not been officially informed of Wednesday’s session, which protocol demanded.

Both are lawmakers from Amal, the Shi’a party led by powerful long-time Parliament Speaker Nabih Berri, who is allied to Hezbollah.

State news agency NNA reported that Sawan set a new date of Jan. 4 for the politicians to be questioned after their no-show on Wednesday. It said he heard testimony from a former top army officer, who was acting as a witness.

Hassan Diab, the caretaker prime minister whose cabinet resigned after the explosion, declined to be questioned on Monday. An official source said the judge set a new appointment for Friday, but had yet to receive a response. Diab said his conscience is clear over the matter.

Families of blast victims are increasingly frustrated that details have not emerged from an investigation since the Aug. 4 explosion caused by a huge stockpile of ammonium nitrate, which was stored in unsafe conditions.

The blast injured thousands of people and devastated several districts in the center of the Lebanese capital.

Many Lebanese say they have given up hope of finding out the truth about the explosion in a country where a political elite have held power for decades amid corruption and mismanagement, while few in authority have ever been held to account.

Politicians say Sawan has been selective and overstepped his powers, while the head of the Beirut Bar Association and others say the judge has shown courage.

Khalil said he played no role in the blast case. The Finance Ministry, which he led from 2014 to early 2020, oversees the customs administration, which has a presence in the port and other entry points.

Zeaiter, who called the charges “a blatant violation”, ran the Public Works Ministry in 2014, soon after ship carrying the ammonium nitrate arrived at the port.