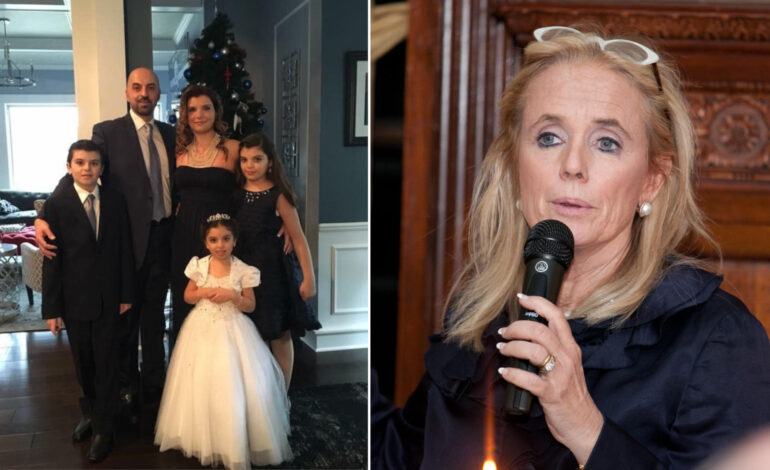 U.S. Rep. Debbie Dingell plans to reintroduce legislation to advance the use of vehicle technology to prevent drunk driving to the new Congress this year

NORTHVILLE — This week will mark the two-year anniversary of the tragic deaths of Rima and Issam Abbas, and their three children, who were hit by a drunk driver on their way home to Michigan from Kentucky.

U.S. Rep. Debbie Dingell (D-Dearborn), who has been a vocal proponent of traffic safety legislation, especially as it pertains to drunk driving incidents, will join Rana Abbas Taylor, friends of the Abbas children and others at a virtual news conference on Thursday to renew calls for legislative action in the new Congress to stop drunk driving.

The conference is invite only, but stay with The Arab American News for coverage of the event afterwards.

The attendees of the virtual news conference will include:

Dingell plans to reintroduce legislation early this year to advance the use of vehicle technology to prevent drunk driving.

In 2019, the same year of the Abbas family tragedy, more than 10,100 people died in drunk driving crashes in the U.S. The Insurance Institute for Highway Safety released a study in July 2020, which found that more than 9,400 drunk driving deaths could be prevented each year when drunk driving prevention technology is made standard on every new car.

Dingell first introduced the legislation in January 2019, after a drunk driver caused an accident that tragically killed Issam Abbas, Dr. Rima Abbas and their three children, of Northville. The accident occurred on I-75 in Kentucky as the family was returning from a family vacation in Florida. The driver, Georgetown, Kentucky resident Joey Lee Bailey, had a blood alcohol content level nearly four times the legal limit while he drove his pickup truck the wrong way on the highway.