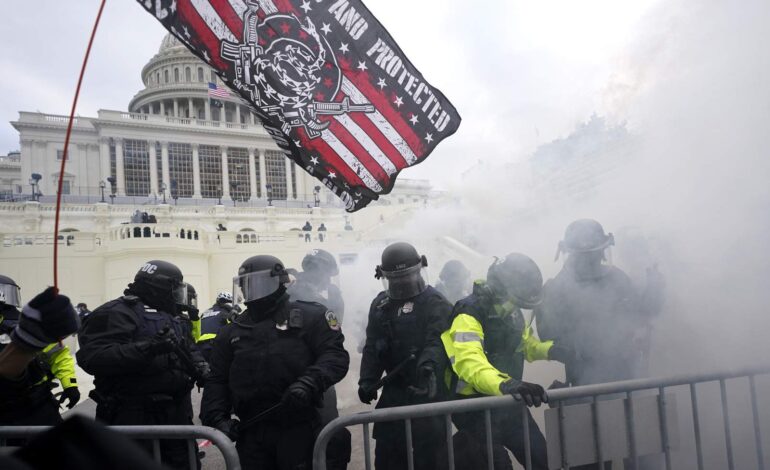 As a group of rioters broke through the windows, a woman jumped onto the pane to get into the building and was shot by Capitol police.

Later in the day, the 35-year-old California native died from her injuries at a local hospital.

Ashli Babbitt, an Air Force Veteran who served in Afghanistan and Iraq before other deployments with the National Guard to Kuwait and Qatar, was a passionate Trump supporter, family members confirmed to media outlets. On social media, Babbitt had posted messages on Twitter regarding the election and how she believed that the election was fraudulent.

In one of her final posts, she responded to a tweet saying many flights to D.C. were canceled because of weather. “The entire world is corrupt,” the person’s post said.

In response, Babbitt wrote, “Nothing will stop us … they can try and try and try but the storm is here and it is descending upon D.C. in less than 24 hours … dark to light!”

Washington D.C.’s police chief said that three other people had died due to medical emergencies, but had not specified the circumstances in which they died.

In addition to the deaths, police reported more than 50 arrests, four of which were related to guns, and at least 14 officers injured.

Of the 50 arrested, seven of them were reportedly from Michigan.

Police Chief Robert J. Contee said that two pipe bombs and a cooler with Molotov cocktails were also found near the Capitol.

Contee also said that officers used tear gas and percussion grenades to clear the Capitol before the start of the 6 p.m. curfew.

One of the 14 officers who were injured was seriously hurt after being pulled into a crowd and assaulted and another had serious facial injuries.

Despite the crowd eventually dispersing, D.C.’s National Guard will be mobilized for 30 days and a state of emergency will continue until after President-Elect Biden’s inauguration on Jan. 20.

Approximately 200 members of the National Guard are expected to be on the district’s streets, unarmed but in riot gear.

Once the Capitol was secure, Congress was able to reconvene where they certified Biden’s victory.