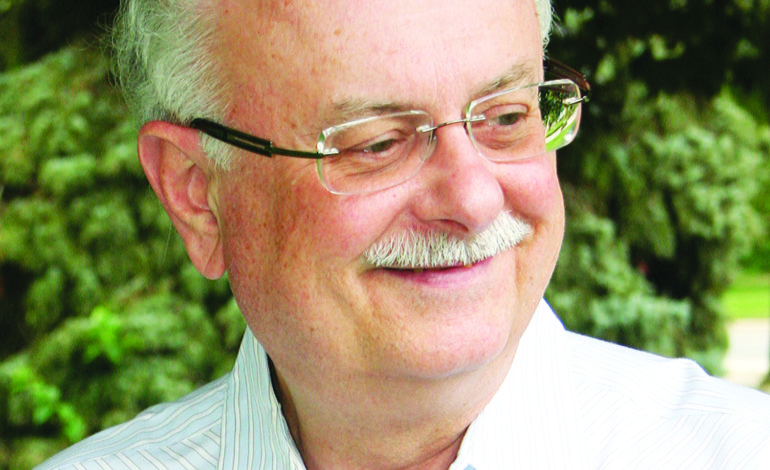 With the loss of Mayor Daniel Paletko, the community is remembering their fondest moments of a man dedicated to public service.

DEARBORN HEIGHTS — With the loss of Mayor Daniel Paletko, the community is remembering their fondest moments of a man dedicated to public service.

When former Mayor Ruth Canfield retired, Paletko resigned from the House of Representatives and was appointed mayor in 2004 before being elected to full terms in 2005, 2009, 2013 and 2017.

“He lived and breathed Dearborn Heights,” she said. “He cared very passionately about this city. He was Dearborn Heights. He was our leader. He loved his daughters and he loved U of M football. I will miss him; I worked with him for nearly 20 years. He has been dedicated to fixing the Ecorse Creek since 2004 and really wanted to see it through to fruition. We have continued vibrancy here because of him.” “Our paths crossed many times over the years,” she said. “I personally will remember Mayor Paletko for his dedication to the city of Dearborn Heights and its residents.”

Councilman Dave Abdallah said that he looked up to Paletko.

“I had respect for him, he was a good person,” he said. “He was always available and very open-minded. I looked up to him. He was very humble and down to earth and had a very old school, small town persona. As an Arab American, I felt he was very inclusive and never felt any type of bias. I never saw hate come out of him.”

Abdallah said that some of his favorite memories of Paletko include the annual Christmas tree lighting ceremonies and being asked about his sports car.

“He really enjoyed the tree lighting ceremonies and seeing all the kids and how excited they’d get, he loved that,” Abdallah said. “He loved sports cars and racing and he would ask all kinds of questions about my sports car and I just kept saying, ‘Mr. Mayor, I don’t know.’ Those times always made me laugh.”

CBG Director Joe Hachem met Paletko in 2002 and said that they had become pretty good friends over the years. “While, yes, he was my boss, he was more than that,” he said. “He was my friend. Whenever I’d ask him if he had time to discuss something, he would say, ‘I always have time for you, my friend.’ He trusted us as employees and would check on us. He participated in Christmas dinner with us and he was friendly to all staff and always took time for others. He didn’t differentiate between anyone and would visit anywhere. He was friends with the Lebanese community, Polish community, Italian community, Macedonian community, everyone. This is a big loss to the city and he has left big shoes to fill.”

Retired Police Chief Lee Gavin said that he and Paletko had a good working relationship.

“He was a smart man,” he said. “I could go on forever. He was a cornerstone in the city and he treated people with respect. He liked being involved with the people.” Current Police Chief Mark Meyers said that Paletko made all officers feel like a part of the family.

“He would always say that the police and fire departments in Dearborn Heights were the best in the state,” he said. “He was sincere and truly meant those kind words. Our police department has had unwavering support from the mayor. He encouraged us to continually improve services and supported the modernization and diversification of our department. Mayor Paletko’s commitment to provide excellent police services was only matched by his dedication to the safety and well being of our officers. Mayor Paletko was a good man and will be missed.”

“After such a terrible year of loss, compounded by the news of the last two weeks and the additional loss of so many friends and colleagues, I’m struggling to make sense of the news that our community has lost Mayor Dan Paletko,” he said. “It would be fair to say I’ve known the mayor for all my life, at least as far back as I can remember. My siblings and I attended St. Linus alongside his daughters and so it was commonplace to see him in the pickup line after school or on a Sunday as I robed up as an altar boy while Dan worked as an usher for the church. Those are my earliest memories going back some 20-plus years.”

As Knezek got older, he said that he and Paletko crossed paths more frequently at community events.

“When the Dearborn Heights Kiwanis sponsored my trip to the American Legion Boys State in 2003, Dan was there to welcome me home,” he said. “When I was selected to represent Michigan in Washington, D.C., Dan was there to give me a few pointers before I took off to our nation’s Capitol. He was there to send me off and there again to welcome me home during both of my tours in Iraq. And after I came home from the second tour and decided it was time to toss my hat in the ring and run for office, I can remember the meeting we had in his office like it was yesterday. I called to schedule an appointment, came in with my numbers, facts and figures, and laid it all out for him to see in an attempt to earn his support for my campaign. The second I finished talking, he didn’t skip a beat: ‘I’m in and you’re going to win. We need someone from Dearborn Heights in the Capitol.’ He believed in me and I believed in him because I saw who he was and I knew his heart and where it was. And there was no question where his heart was: In Dearborn Heights.”

Knezek said that it always felt like Paletko was there for him.

“Throughout my entire political career it felt like Dan was there,” he said. “Every speech at the American Legion, every check presentation to a local group or department, every wreath laying at a local cemetery, every panel discussion on public policy, an appearance on the local TV station, the list goes on and on. I know I’m not alone in feeling this way because after 46 years of serving our community — as a City Council member, state representative and mayor — Dan has become just as much of Dearborn Heights’ history as anyone or anything else. It’s hard to imagine Dearborn Heights without him. But as we forge ahead as he would undoubtedly want us to do in pursuit of a better, stronger and more diverse community, I hope we remember the lessons that he shared, the impact that he made and the legacy that he leaves behind.” “I knew Mayor Daniel S. Paletko for 20 years,” he said. “The mayor always came to help out with the annual Ecorse Creek Cleanup at Swapka Park in Dearborn Heights that I run every year.”

Community Cultural Relations Commission member and Dearborn Heights resident Leslie Windless said that Paletko was very supportive of the community and made it known that he didn’t discriminate.

“Hearing the news that Mayor Paletko passed away so suddenly hit me like a ton of bricks,” she said. “He was the first elected official in the city to reach out to me to give his support for the youth protest at Dearborn Heights Police Department this past July and he’s supported everything I’ve done since. Out of the dozens of protests that I led and participated in over the summer that was the first and only time where the mayor of the city reached out to us, elated to support our goals. He left a funeral because he felt so strongly about supporting our protest in person. This spoke volumes about his character and his genuine desire to make sure our city saw change.”

“He did not stop at attending the protest, but went on to work with residents to revive the Community Cultural Relations Commission so we could continue our work with the support of the city,” she said. “In my advocacy work I have, more times than not, ran into leadership that wanted to uphold the status quo, but he showed us he was different: A true leader.  He was very cautious and took COVID-19 seriously. This should be a wake-up call for us all and is a huge loss for our city/community. I am sending condolences, peace and love to the Paletko family and the city of Dearborn Heights. May his legacy of service and fairness live on through all of us.”