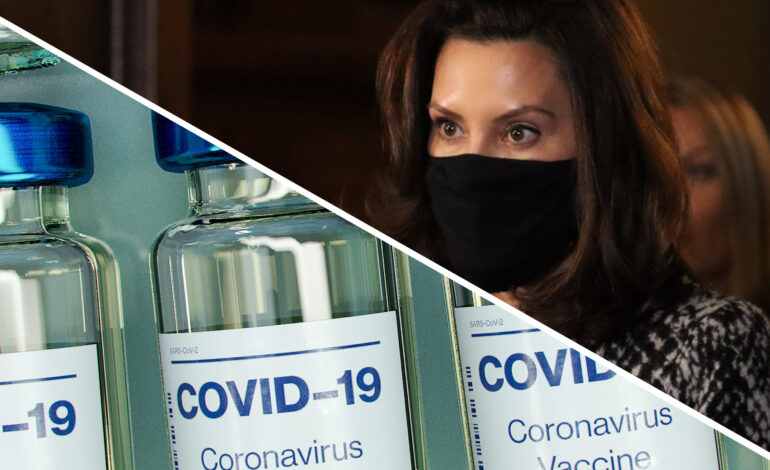 LANSING – Millions of previously held-up doses of the new COVID-19 vaccine have been released to Michigan and other states.

On Tuesday, the U.S. Department of Health and Human Services (HHS) announced that they will grant a request from Governor Whitmer and eight other governors and release the millions of doses of the safe, effective COVID-19 vaccine currently being held back by the Trump Administration for unknown reasons.

HHS also announced that they will follow Michigan’s lead, recommending that states open up vaccinations to Americans age 65 and up, a move that Governor Whitmer announced last week.

Whitmer has previously said that if that stock of vaccines is released by the federal government, Michigan has a plan to vaccinate 50,000 people a day.

According to publicly reported information, the federal government currently has upwards of 50 percent of currently produced vaccines held back by the administration for reasons unknown. After the governors sent the letter, the incoming Biden administration announced that they will release all of the available vaccine doses that the Trump Administration is holding back.

“Michigan and states across the country remain ready to get more shots in arms, which is why the Trump Administration’s decision to grant our request and release millions of doses of the vaccine is so crucial,” said Governor Whitmer. “It will take all of us – the federal government, state and local leaders, health departments, and everyday Americans – to ensure everyone can get the safe and effective vaccine. There is still more work to do, which is why yesterday, I sent a letter to the Trump Administration requesting permission to directly purchase up to 100,000 doses of the vaccine for the state of Michigan. I am eager to hear back from the federal government regarding my request, and will continue to work with them and leaders everywhere to end this pandemic and save lives.”

Most vaccines are housed at hospital and health systems, Wayne County officials said this week. Seniors are being asked to contact their area health system to get an appointment to be immunized. Teachers and other workers are being contacted by their workplaces to inform them of how and where to set up an immunization appointment.