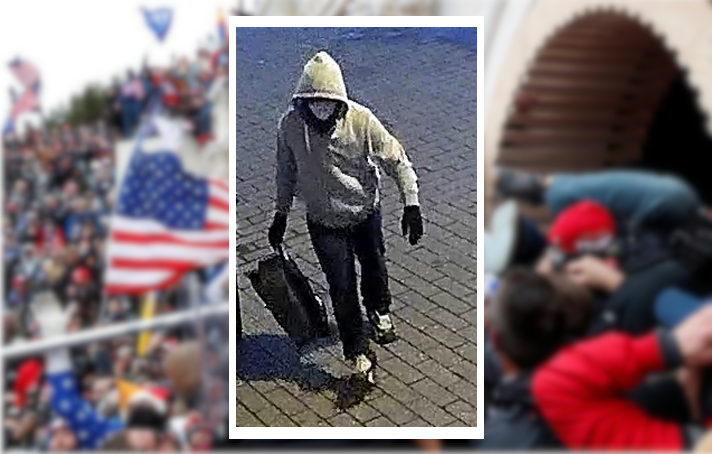 The FBI is offering $75,000 for information that leads to the capture and conviction of a suspect involved in the placement of pipe bombs near the U.S. Capitol in Washington, D.C. on Jan. 6

The FBI is offering a public reward for tips that lead to the “location, arrest and conviction” of the person or persons responsible for planting pipe bombs near the U.S. Capitol building in Washington, D.C. on Jan 6.

The reward is set at $75,000 and was originally set at $50,000. The FBI’s Washington Field Office posted the reward on its Twitter page on Thursday.

“ADDITIONAL REWARD: @ATFWashington & #FBIWFO are now offering a reward of up to $75K for info about the person(s) responsible for the placement of suspected pipe bombs in DC on January 6th,” the tweet said. “Call 1800CALLFBI with info or submit to //fbi.gov/USCapitol.”

The bombs were planted near the Capitol building, at the Republican National Committee (RNC) and Democratic National Committee (DNC) respectively, and discovered and disarmed by law enforcement during the chaos of the violent insurrection attempt by a mob seeking to stop Congress from certifying Joe Biden’s Electoral College victory over Donald Trump. The photo of the person in the FBI bulletin appears to be from surveillance footage. But since the attack on the Capitol two weeks ago, federal investigators have been combing through at least 140,000 pictures and videos, most of which were taken by the rioters themselves.

Along with the photographic evidence to identify who was inside the restricted building that day, the FBI has also relied on a mass of news reports and social media posts about the extraordinary event, which has helped it identify more than 275 suspects, with more than 200 case files now open and more than 100 arrests made.

Some were easily identified, like the bare-chested “QAnon Shaman” Jake Angeli, who wore a distinctive horned bearskin headdress with red, white and blue face paint. He has been an ardent supporter of former President Trump and active in the QAnon conspiracy theory world for some time.

Others have been turned in by friends and loved-ones, like Larry Rendell Brock of Grapevine, Texas, who was turned in by his ex-wife.

The FBI has placed billboards many states, including Michigan, that show ways to send in tips on the D.C. rioters. One is prominently located on I-75 north in Detroit.