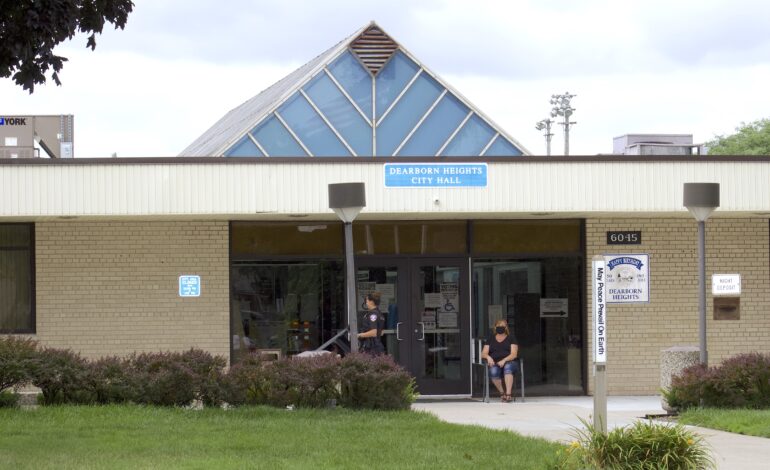 DEARBORN HEIGHTS — Tensions flared during a study session and special meeting held by the Dearborn Heights City Council on Tuesday.

During the regularly scheduled meeting on Jan. 12, Councilman Ray Muscat had made a motion to hold a special meeting to appoint the mayor, however, when the agenda packet was sent out, there was no mention of the appointment of a mayor.

City Clerk Lynne Senia said that there was confusion as to what the meeting was for and that was why it was not put on the agenda.

“I know that your honorable body wants to be clear and concise and transparent on everything that goes on in the city,” she said. “At last week’s meeting it was discussed what the body wanted, but when it came down to making the motion, it was only to set up.

“The minutes said, ‘motion by Councilman Muscat, seconded by Councilman Abdallah, to set up a special meeting for next Tuesday and authorize the city clerk to electronically send out the documents necessary to advertise for the mayoral appointment.’”

During the study session, it was announced that five members of the community had applied for the mayoral position.

During the special meeting, the Council struggled to agree on the agenda approval.

Councilman Dave Abdallah moved to approve the agenda, which was agreed on by Councilman Robert Constan and Malinowski-Maxwell, but Muscat, Bazzi and Councilman Tom Wencel voted no on the agenda.

Shortly after the gridlock vote on the agenda, Muscat made a motion to update the agenda to include the appointment of a mayor, which Bazzi seconded.

Malinowski-Maxwell said that she is strict on walk-on items.

“Councilman Muscat, you know I have been very strict in allowing anything to be added to a Zoom meeting,” she said. “Last week, I tried to allow it and it ended up a big ‘ol mess and I am trying to avoid that. It is on the agenda for next Tuesday already.”

Muscat said that there was a motion on the floor and it needed to be voted on.

“A second motion was put on the floor and was seconded,” he said. “You must take a vote. You’re violating the charter.”

Constan said that a few Council members are trying to “bully” them into making a decision.

Wencel said that he thinks they should keep voting a tie until November when the residents can decide and he also changed his vote on the original agenda.

With the change of Wencel’s vote, Malinowksi-Maxwell allowed the original agenda to pass and disregarded Muscat’s motion.

“I’m sorry, but that motion was first and it overrules everything,” she said.

She then continued on with the meeting, where for a fourth time the Council remained deadlocked on their votes, resulting in yet another tie.

Malinowski-Maxwell said that they would do the vote a few times and see if anyone wanted to change their votes, which did not happen.

“I would really ask everybody to consider possibly changing their vote, do some soul searching and see,” she said. “Because eventually I’m sure they’re both going to end up in there. We’re going to have a vacancy one way or another, probably.”