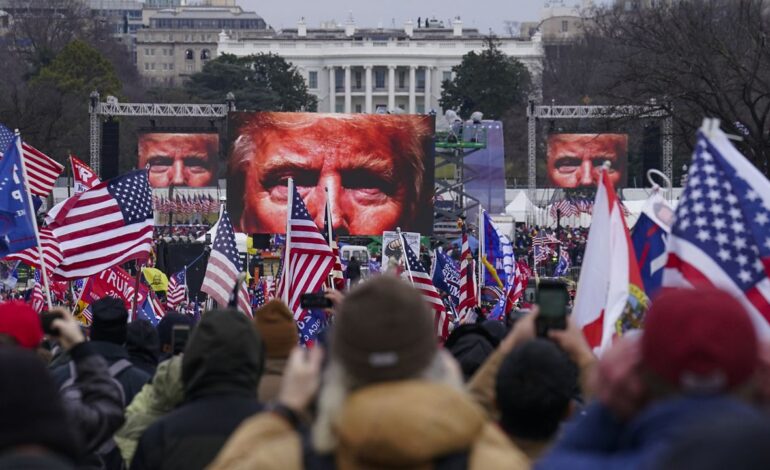 WASHINGTON, D.C. — A test vote on Tuesday showed the unlikelihood of support among Republicans for a conviction in the historic second impeachment trial of former President Trump.

The trial is scheduled to begin Feb. 9, but an objection to the constitutionality of the impeachment of the former president was raised by Kentucky Republican Senator Rand Paul, which forced the Senate into a vote on that question. The objection failed, but showed just how strong Trump’s hold on the GOP remains.

“Impeachment is for removal from office, and the accused here has already left office,” Paul argued, adding that the trial would “drag our great country down into the gutter of rancor and vitriol, the likes of which has never been seen in our nation’s history.” (The trial will) drag our great country down into the gutter of rancor and vitriol, the likes of which has never been seen in our nation’s history — Senator Rand Paul (R-KY)

Even Republican leader Mitch McConnell, who had previously expressed his belief that Trump was in fact complicit in encouraging the mob of supporters that stormed the U.S. Capitol on Jan. 6 during the counting of electoral votes, voted for the objection.

After Tuesday’s vote, Paul declared the “the impeachment trial is dead on arrival.”

Republicans are no doubt weary of alienating Trump’s large voting base, even though many of them voted to certify the results of the elections. McConnell has previously testified to the legitimacy of the election, even though Trump and his allies have continued to make baseless accusations of widespread voting fraud, something that directly led to the violence at the Capitol. That riot left five dead, including a police officer.

If convicted in the Senate, the former president could be barred from holding future office, which would require a simple majority vote.

Some Republicans who voted for the objection, like Rob Portman of Ohio, have indicated that they are still willing to hear out the arguments about the constitutionality of the Senate trial, and have not decided whether or not they would convict Trump.

However, there are enough Republicans who question whether impeaching an office holder after they have left is constitutional or even necessary that Trump is now looking at a speedy acquittal.

“I think it’s pretty obvious from the vote today that it is extraordinarily unlikely that the president will be convicted,” Collins said. “Just do the math.”

A few Democrats are now seeking a a rapid-fire impeachment trail, as they also begin work on President Biden’s new COVID-19 relief and stimulus plan. Some are contemplating alternative methods to hold Trump accountable, such as a censure.

“We have to hold President Trump accountable, and then we also have to balance that with the public’s number one demand, which is COVID relief,” said Senator Tim Kaine (D-VA).

Kaine is hoping a censure resolution will have much the same effect as a conviction in stopping Trump from holding future office under the 14th Amendment.

“It’s more than just a censure, saying, ‘Hey, you did wrong,’” Kaine said. “It makes a factual finding under the precise language of the 14th Amendment that would likely put an obstacle in Donald Trump’s path if he were to run for office again.”

It remains to be seen whether such a strategy will work, though some legal scholars have cast doubt on its use. A censure move could also occur besides the impeachment trial and not necessarily as a part of it.