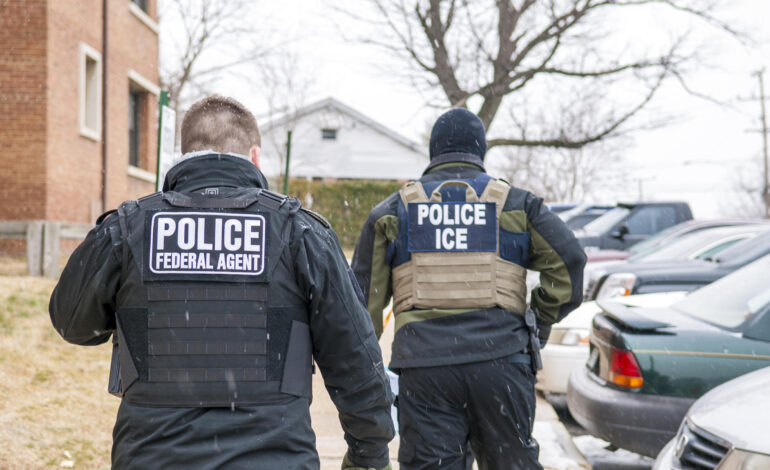 The agency has announced that ICE and U.S. Customs agents will not be conducting enforcement actions at upcoming federally run COVID-19 vaccination sites. Photo: DHS

WASHINGTON, D.C. — The U.S. Department of Homeland Security (DHS) said this week that federal COVID-19 vaccine sites will be off limits to enforcement actions, such as arrests for deportation.

The department and its federal partners have vowed to keep the vaccine sites run by the federal government accessible to undocumented immigrants. President Biden has embarked on an ambitious plan to deliver 100 million shots of the vaccine in his first 100 days.

To do so, a network of federally run vaccination sites, run by federal staff, volunteers, the National Guard, FEMA and other agencies, is currently being established, with the first ones emerging in the immigrant-populated and COVID hotbed state of California.

In a statement this week, the DHS said it wants to uphold the “moral and public health imperative” that all Americans have access to the vaccine.

“U.S. Immigration and Customs Enforcement (ICE) and U.S. Customs and Border Protection will not conduct enforcement operations at or near vaccine distribution sites or clinics,” the statement said. “Consistent with ICE’s long-standing sensitive locations policy, ICE does not and will not carry out enforcement operations at or near health care facilities, such as hospitals, doctors’ offices, accredited health clinics and emergent or urgent care facilities, except in the most extraordinary of circumstances.”

DHS encourages all individuals, regardless of immigration status, to receive the COVID-19 vaccine once eligible under local distribution guidelines — U.S. Department of Homeland Security

The move may help boost the Biden administration’s plan to supply the vaccine to underserved and rural communities. DHS says its stance applies to fixed facilities, pop-up or temporary vaccination sites and mobile vaccination clinics. Almost 70 percent of undocumented people are essential frontline workers, and advocates fear many avoid seeking vaccines over fear of deportation, according to the new site AJ+.

“DHS encourages all individuals, regardless of immigration status, to receive the COVID-19 vaccine once eligible under local distribution guidelines,” the agency said.

California Governor Gavin Newsom announced this week that the first federally organized mass coronavirus vaccination sites are expected to open in the cities of Oakland and Los Angeles. The state has reported more than 3.3 million COVID-19 cases since the start of the pandemic — the most of any state in the U.S.

The administration is boosting federal support in the vaccine distribution system in individual states, in contrast to the vaccination infrastructure put together by former President Trump’s Operation Warp Speed task force, which left an uncoordinated patchwork of distribution, resulting in serious shortfalls. Health departments in many states, including Michigan, have had to reschedule appoints due to vaccine shortages, and many people 65 years of age and older that are now eligible for shots are largely left in the dark as to when they can get them.

Starting next week, federally supplied doses of the vaccine will begin shipping directly to retail pharmacies, particularly those in remote locations, with a limited initial number of 6,500 stores nationwide, according to Biden’s COVID coordinator, Jeff Zients.