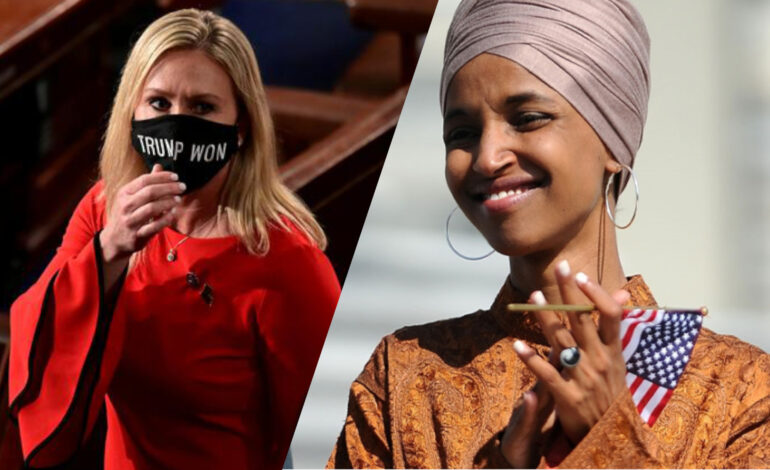 WASHINGTON, D.C. — As House Democrats sought to strip Rep. Marjorie Taylor Greene (R-GA) of her committee assignments over a series of racist remarks and promotion of wild conspiracy theories, some Republicans decided to retaliate.

A proposed amendment called for Omar to be removed from her committee assignments “in light of conduct she has exhibited” and referred to an argument that Omar has made anti-Semitic comments that are grounds for dismissal. U.S. Reps. Brian Babin (R-TX), Jeff Duncan (R-SC), Jody Hice (R-GA), Andy Biggs (R-AZ) and Ronny Jackson (R-TX) sponsored the proposed amendment. The amendment failed in committee.

“That shows you their hate really has been as common as their inability to do anything right,” Omar said of the Republicans that tried to remove her from committees.

In February of 2019, Omar tweeted, “It’s all about the Benjamins, baby” in response to a tweet referencing House Minority Leader Kevin McCarthy’s pledge to take “action” against her over her criticism of Israel. Omar, like her ally U.S. Rep. Rashida Tlaib (D-Detroit) and many others, has criticized Israel and its powerful Washington lobbyist AIPAC, for using U.S. backing to commit internationally recognized violence against occupied Palestinians.

Omar later apologized and clarified she had not intended to offend anyone with anti-Semitic tropes, but wanted to shed light on the power of lobbyists on federal policy.

Greene has made outlandish — and racist — remarks in the past, blaming California wildfires on a rich and powerful Jewish family shooting lasers from space, to clear the way for a high-speed rail project

Meanwhile, Greene, a freshman lawmaker, has openly made comments saying that tragic Sandy Hook and Parkland school shootings never took place and and has expressed support for violence and death for elected officials. A supporter of former President Trump, Greene has continued making unproven claims that the election was stolen from him. She has also “liked” posts by others who have said “traitors” in the FBI who weren’t loyal to Trump should be hung.

Trump has expressed his backing for Greene.

Greene has previously posed with an assault rifle next to photos of Democratic Reps. Alexandria Ocasio-Cortez (D-NY), Omar and Tlaib.

But Greene has also made more outlandish — and racist — remarks in the past, blaming California wildfires on a rich and powerful Jewish family shooting lasers from space, to clear the way for a high-speed rail project. Somebody who’s suggested that perhaps no airplane hit the Pentagon on 9/11, that horrifying school shootings were pre-staged and that the Clintons crashed JFK Jr.’s airplane is not living in reality – Mitch McConnell

Last year, a series of videos emerged in which Greene spoke of an “Islamic invasion” into government offices, claimed Black and Hispanic men are held back by “gangs and dealing drugs” and pushed an anti-Semitic conspiracy theory that billionaire philanthropist George Soros, who is Jewish, collaborated with the Nazis.

Even Senate Minority Leader Mitch McConnell (R-KY), has slammed Greene for her history of remarks. In a scathing statement on Monday, he referred to “loony lies and conspiracy theories” as a “cancer for the Republican Party and our country.”

“Somebody who’s suggested that perhaps no airplane hit the Pentagon on 9/11, that horrifying school shootings were pre-staged and that the Clintons crashed JFK Jr.’s airplane is not living in reality,” McConnell said in a statement, but did not mention Greene by name. “This has nothing to do with the challenges facing American families or the robust debates on substance that can strengthen our party.”

U.S. Steny Hoyer (D-MD), announced earlier on Wednesday that the House would move forward with a vote to remove Greene from the Education and Budget Committees. This came after Rep. McCarthy (R-CA) refused to do so himself, even though he has denounced Greene’s comments.

On Thursday, ahead of the vote on the resolution to remove her from her committee assignments, Greene denounced the QAnon conspiracy group that she had earlier supported, and said she believed 9/11 and school shooting did occur. She did not explicitly apologize for her past remarks.