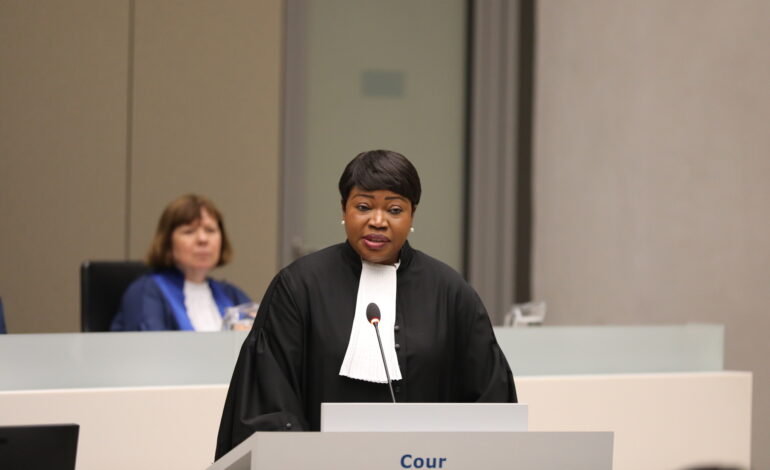 ICC Public Prosecutor Fatou Bensouda said there was a basis to believe that "war crimes have been or are being committed in the West Bank, including East Jerusalem, and the Gaza Strip"

AMSTERDAM – The International Criminal Court ruled on Friday that it has jurisdiction over war crimes or atrocities committed in the Palestinian Territories, paving the way for a criminal investigation, despite Israeli objections.

Judges said their decision was based on jurisdictional rules in the Hague-based court’s founding documents and does not imply any attempt to determine statehood or legal borders.

Israel, which is not a member of the court, has rejected its jurisdiction.

The court’s prosecutor, Fatou Bensouda, said in December 2019 there was “a reasonable basis to believe that war crimes have been or are being committed in the West Bank, including East Jerusalem, and the Gaza Strip.”

She named both the Israeli military and armed Palestinian groups such as Hamas as possible perpetrators.

She said intended to open an investigation — as soon as judges ruled on whether the situation fell under the court’s jurisdiction or not.

In a majority ruling published Friday night, the judges said it does.

“The Court’s territorial jurisdiction in the Situation in Palestine … extends to the territories occupied by Israel since 1967, namely Gaza and the West Bank, including East Jerusalem,” they said.

In a reaction, Human Rights Watch called the decision “pivotal” and said it “finally offers victims of serious crimes some real hope for justice after a half century of impunity,” said Balkees Jarrah, Associate International Justice Director.

“It’s high time that Israeli and Palestinian perpetrators of the gravest abuses—whether war crimes committed during hostilities or the expansion of unlawful settlements—face justice.”

Israeli Prime Minister Benjamin Netanyahu reacted, saying “the court is ignoring the real war crimes and instead is pursuing Israel, a county with a strong democratic regime, that sanctifies the rule of law, and is not a member of the tribunal.”

He added Israel would “protect all of our citizens and soldiers” from prosecution.

“The court in its decision impairs the right of democratic countries to defend themselves,” Netanyahu said.

Hussein al-Sheikh, civil affairs minister of the Palestinian Authority, said on Twitter: “The International Criminal Court’s decision to consider Palestine as a member state according to the Treaty of Rome, and that it has jurisdiction to consider issues related to the Palestinian territories and complaints raised by the (PA), is a victory for rights, justice, freedom and moral values in the world.”