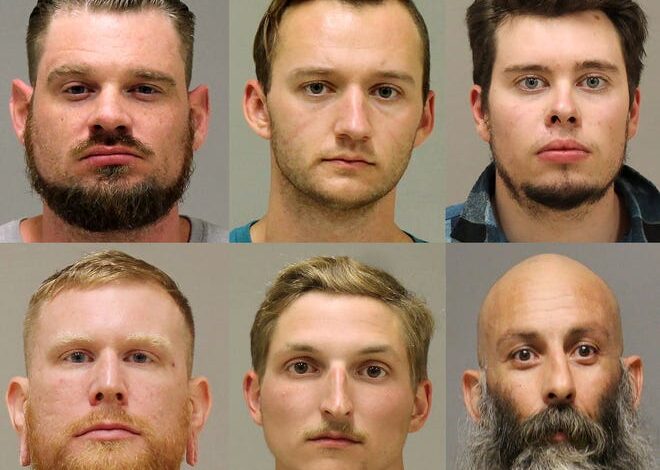 GRAND RAPIDS — A trial for five of the men accused of plotting to kidnap Governor Whitmer has been postponed until October.

The trial was postponed to give defense lawyers more time to receive and analyze evidence.

U.S. District Judge Robert Jonker decided to reschedule the trial from March until Oct. 12 in federal court in Grand Rapids following a request from defendant Brandon Caserta, who cited voluminous evidence amassed during the FBI investigation.

The evidence includes thousands of hours of recorded audio, more than 13,000 pages of encrypted text messages, videos and reports from informants and undercover FBI agents.

In October, the FBI announced it had broken up the plot to kidnap Whitmer that was put in motion by anti-government extremists upset over her COVID-19 restrictions.

Ty Garbin, one of the six men charged in federal court, pleaded guilty in January and said he would cooperate with prosecutors.

Garbin said he had hosted training at his property near Luther, Michigan and that they constructed a “shoot house” to resemble Whitmer’s vacation home in Antrim County and “assaulted it with firearms.”

Garbin is set to be sentenced on July 8.

The six men facing federal charges were part of a broader attempt to spark a civil war by overthrowing the government and killing police personnel.

Defense attorneys have portrayed the defendants as tough talkers who were exercising their First Amendment rights and who never carried out any kidnapping plot.