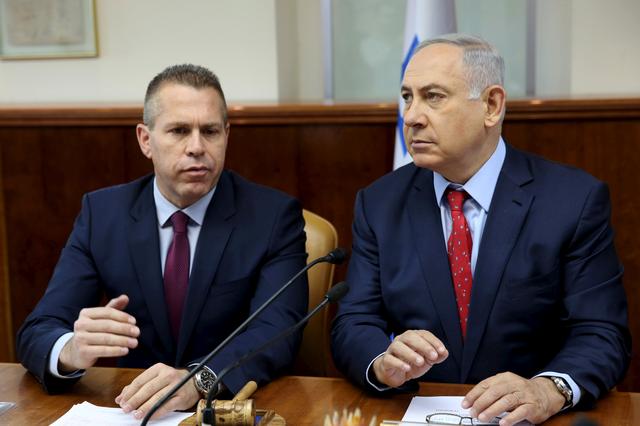 The Israeli envoy to Washington, Gilad Erdan, said his country will not engage with Biden on strategy around the Iranian nuclear program and instead pushed for tougher sanctions and a “credible military threat” against Iran. Photo: Reuters

TEL AVIV — The Biden administration and Israel seem to have embarked on an uncertain and rocky relationship, in contrast to what the country’s right-wing government enjoyed with former President Trump.

More friction arose this week, with Israel throwing cold water on U.S. hopes to engage with the country on the topic of Iran and its nuclear deal.

Israel and the U.S. remain steadfast in their mutually adversarial posture towards Iran, but Biden has indicated he wants to reenter into the Obama-era nuclear deal with the country, one that Trump pulled out of.

But Israeli Ambassador to Washington Gilad Erdan said on Tuesday that his country will not engage with Biden on strategy around the Iranian nuclear program and instead pushed for tougher sanctions and a “credible military threat” against its arch-enemy, Reuters reported.

“We will not be able to be part of such a process if the new administration returns to that deal,” the envoy said.

Israel was not part of the 2015 deal struck between Iran and the U.S. In exchange for billions of dollars’ worth of sanctions relief, the deal obligated Iran to dismantle much of its nuclear program and open its facilities to more extensive international inspections.

Israel instead wants the kind of leverage it believe the U.S. and its allies gained once Trump drew out of the deal.

“We think that if the United States returns to the same accord that it already withdrew from, all its leverage will be lost,” Erdan told an army radio station. “It would appear that only crippling sanctions — keeping the current sanctions and even adding new sanctions — combined with a credible military threat — that Iran fears — might bring Iran to real negotiations with Western countries that might ultimately produce a deal truly capable of preventing it breaking ahead (to nuclear arms).”

Last week, Israel-U.S. diplomacy hit a bump with Biden’s failure to speak with Netanyahu as part of his first phone calls with foreign leaders, which raised eyebrows in Israel and among Middle East experts. Obama and Trump both spoke to Netanyahu within days of taking office.

U.S. Secretary of State Antony Blinken also said that though the occupied Golan Heights was integral to Israel’s “security”, the U.S. was open to looking at the “legal question” over Israel’s claim to the land, a claim supported by the Trump administration.