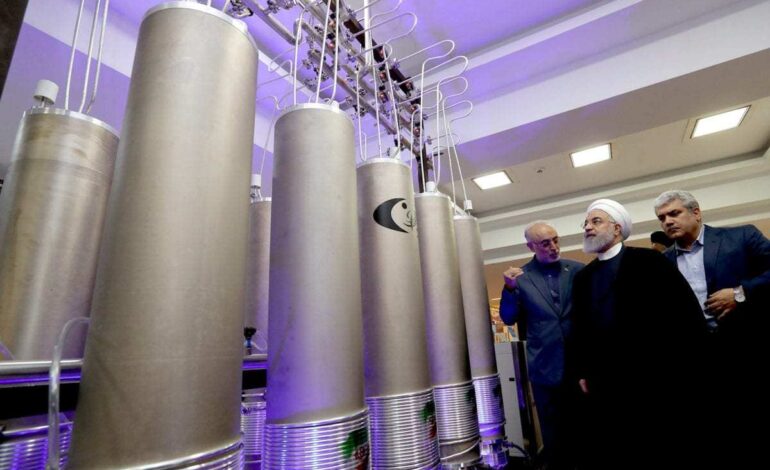 WASHINGTON, D.C. — The Biden administration, through Secretary of State Antony Blinken, affirmed on Thursday it is willing to come to the negotiation table with Iran over a return to a nuclear accord, if Tehran came into full compliance with the deal.

The Iran Nuclear Deal, first struck in 2015, is aimed at preventing the country from acquiring nuclear weapons.

Iran has moved on from the deal and has taken on nuclear enrichment projects since the U.S. pulled out of the deal in 2019, under former President Trump. The country reacted coolly to the idea of a return to the deal.

“Instead of sophistry & putting onus on Iran, E3/EU must abide by own commitments & demand an end to Trump’s legacy of #EconomicTerrorism against Iran,” Iranian Foreign Minister Mohammad Javad Zarif tweeted, saying that Washington should make the first move.

On Thursday, the Biden administration rescinded Trump’s restoration of U.N. sanctions on Iran. The move could help the U.S. open the door to talks with Tehran to rejoin the agreement.

Zarif was responding to Blinken’s remarks during a video meeting with the foreign ministers of Britain, France and Germany (a group named the E3), who were gathered in Paris.

“If Iran comes back into strict compliance with its commitments under the JCPOA, the United States will do the same and is prepared to engage in discussions with Iran toward that end,” a joint statement from the four nations said.

Tehran earlier set a deadline of next week for Biden to begin reversing the sanctions, threatening it would take its biggest step yet to breach the earlier deal: Banning short-notice inspections by the U.N. nuclear watchdog.

Iran recently resumed enriching uranium to high levels of fissile purity, which is a potential pathway to nuclear bombs. But the country has long maintained its enrichment program is for peaceful energy purposes only.