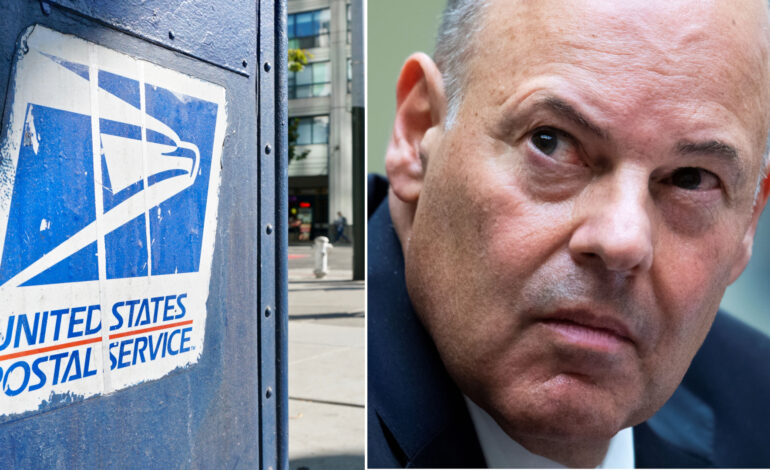 U.S. Sen. Gary Peters (D-MI) and his colleagues are asking the postmaster general to account for continued mail delays

WASHINGTON, D.C. — U.S. Sen. Gary Peters (D-MI), chairman of the Homeland Security and Governmental Affairs Committee, is leading 33 of his colleagues to press the U.S. Postmaster General Louis DeJoy to take action on persistent mail delays and ask what he is doing to restore on-time mail delivery.

Peters previously released a report that confirmed DeJoy ordered changes at the U.S. Postal Service (USPS) last summer that resulted in less than optimal service for people in Michigan and across the country. Many Americans continue to face unacceptable problems in postal delivery performance, which became especially worse during the holiday season.

“USPS has attributed recent delays to the historically high volume of packages during peak season, a shortage of airlift and trucking capacity, and employee shortages with postal workers on necessary leave due to COVID-19,” the senators said in a letter to DeJoy. “While these are credible explanations, the fact remains that USPS leadership had a responsibility to prepare for these expected challenges. We question whether management made adequate preparations including sufficient temporary hiring and logistical planning.”

DeJoy has strong Republican ties and did not go through the normal vetting process by the USPS Board of Governors, all selected by former president Trump, to become postmaster general last year. Neither of the two separate search firms used by the USPS included DeJoy in their list of candidates. A woman holds a sign at a protest against sweeping USPS changes by Postmaster General Louis DeJoy in Ohio, Aug. 2020. Photo: Paul Becker

After taking office in June, DeJoy implemented a number of measures that caused significant mail delays during a pandemic and election year, like banning overtime, stopping late or extra trips to deliver mail, removing and dismantling hundreds of high-speed mail sorting machines, and removing some mail collection boxes from streets.

Reportedly, mail delivery has not yet recovered after the peak season, with constituents continuing to experience delays despite the tireless efforts of postal workers — Letter to the postmaster general

The USPS agreed to reverse those changes in October after investigations by the U.S. Congress and the USPS inspector general.

Congressional oversight efforts and public pressure have helped address damaging delays and improve on-time mail delivery, but the senators acknowledge that more needs to be done, as mail services continue to be delayed for many Americans.

“Our constituents have experienced missed paychecks and court notices, delayed critical prescriptions, an inability to reach small business customers and suppliers, lost rent payments and delayed credit card payments resulting in late fees, breakdowns in service to their communities, late personal mail such as holiday packages and more,” the senators wrote in a letter. “Reportedly, mail delivery has not yet recovered after the peak season, with constituents continuing to experience delays despite the tireless efforts of postal workers.”

Recent reports have also suggested DeJoy intends to implement a strategic plan that would further slow down the mail and unacceptably decrease service for millions of Americans who rely on the Postal Service.

As chairman, Peters has vowed to continue to demand transparency from Postal Service leadership, work to protect high delivery standards and protect the agency’s 245-year tradition of mail delivery.

In addition to his investigative reports and oversight efforts, Peters has secured a $10 billion direct payment to the USPS to help ensure the Postal Service can recover from pandemic-related losses.