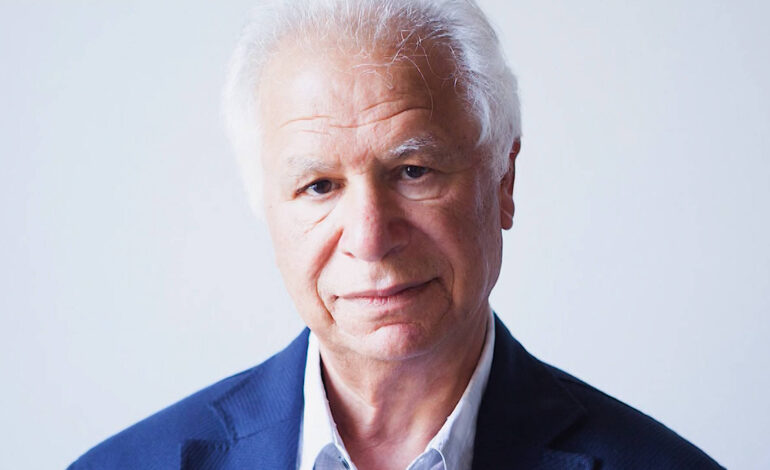 For Palestinians, exile is not simply the physical act of being removed from their homes and their inability to return. It is not a casual topic pertaining to politics and international law, either. Nor is it an ethereal notion, a sentiment, a poetic verse. It is all of this, combined.

The death in Amman of Palestinian poet Mourid Barghouti, an intellectual whose work has intrinsically been linked to exile, brought back to the surface many existential questions: Are Palestinians destined to be exiled? Can there be a remedy for this perpetual torment? Is justice a tangible, achievable goal?

Barghouti was born in 1944 in Deir Ghassana, near Ramallah. His journey in exile began in 1967 and ended, however temporarily, 30 years later. His memoir “I Saw Ramallah” — published in 1997 — was an exiled man’s attempt to make sense of his identity, one that has been formulated within many different physical spaces, conflicts and airports. While, in some way, the Palestinian in Barghouti remained intact, his was a unique identity that can only be fathomed by those who have experienced, to some degree, the pressing feelings of Ghurba — estrangement and alienation – or Shataat — dislocation and diaspora.

In his memoir, translated into English in 2000 by acclaimed Egyptian author Ahdaf Soueif, he wrote, “I tried to put the displacement between parenthesis, to put a last period in a long sentence of the sadness of history… But I see nothing except commas. I want to sew the times together. I want to attach one moment to another, to attach childhood to age, to attach the present to the absent and all the presents to all absences, attach exiles to the homeland and to attach what I have imagined to what I see now.”

Those familiar with the rich and complex Palestinian literature of exile can relate Barghouti’s reference — what one imagines versus what one sees — to the writing of other intellectuals who have suffered the pain of exile as well. Ghassan Kanafani and Majed Abu Sharar — and numerous others — wrote about that same conflict. Their death — or, rather, assassination — in exile brought their philosophical journeys to an abrupt end.

In Mahmoud Darwish’s seminal poem, “Who Am I, Without Exile”, the late Palestinian poet asked, knowing that there can never be a compelling answer, “What will we do without exile?”

It is as if Ghurba has been so integral to the collective character of a nation and is now a permanent tattoo on the heart and soul of the Palestinian people everywhere. “A stranger on the riverbank, like the river… water binds me to your name. Nothing brings me back from my faraway to my palm tree: Not peace and not war. Nothing makes me enter the gospels. Not a thing …,” Darwish wrote.

The impossibility of becoming a whole again in Darwish and Barghouti’s verses were reverberations of Kanafani’s own depiction of a Palestine that was as agonizingly near as it was far.

“What is a homeland?” Kanafani asks in “Returning to Haifa.” “Is it these two chairs that remained in this room for 20 years? The table? Peacock feathers? The picture of Jerusalem on the wall? The copper-lock? The oak tree? The balcony? What is a homeland? … I’m only asking.”

But there can be no answers, because when exile exceeds a certain rational point of waiting for some kind of justice that would facilitate one’s return, it can no longer be articulated, relayed or even fully comprehended. It is the metaphorical precipice between life and death, “life” as in the burning desire to be reunited with one’s previous self, and “death” as in knowing that without a homeland one is a perpetual outcast — physically, politically, legally, intellectually and every other form.

While the crushing weight of exile is not unique to Palestinians, the Palestinian exile is unique

“In my despair I remember; that there is life after death… But I ask: Oh my God, is there life before death?” Barghouti wrote in his poem “I Have No Problem.”

While the crushing weight of exile is not unique to Palestinians, the Palestinian exile is unique. Throughout the entire episode of Palestinian Ghurba, from the early days of the Nakba — the destruction of the Palestinian homeland — till today, the world remains divided between inaction, obliviousness and refusal to even acknowledge the injustice that has befallen the Palestinian people.

Despite or, perhaps, because of his decades-long exile, Barghouti did not engage in ineffectual discussions about the rightful owners of Palestine “because we did not lose Palestine to a debate, we lost it to force.”

In fact, “hate” rarely factors in the work of Barghouti — or Darwish, Kanafani, Abu Sharar and many others — because the pain of exile, so powerful, so omnipresent — required one to re-evaluate his relationship to the homeland through emotional rapport that can only be sustained through positive energy, of love, of deep sadness, of longing.

“Palestine is something worthy of a man bearing arms for, dying for,” wrote Kanafani. “For us, for you and me, it’s only a search for something buried beneath the dust of memories. And look what we found beneath that dust. Yet more dust. We were mistaken when we thought the homeland was only the past.”

Millions of Palestinians continue to live in exile, generation after generation, painstakingly negotiating their individual and collective identities, neither able to return, nor feeling truly whole. These millions deserve to exercise their Right of Return, for their voices to be heard and to be included.

But even when Palestinians are able to end their physical exile, chances are, for generations they will remain attached to it. “I don’t know what I want. Exile is so strong within me, I may bring it to the land,” wrote Darwish.

In Barghouti too, exile was “so strong.” Despite the fact that he fought to end it, it became him. It became us.