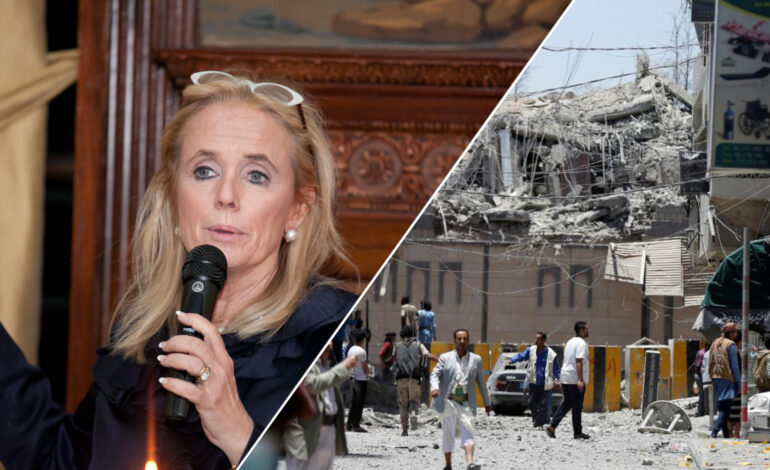 U.S. Rep. Debbie Dingell (D-Dearborn) joined 40 other lawmakers to press the Biden administration for more answers on the U.S. involvement in the Saudi-led war on Yemen, with marks its 6th anniversary next month

WASHINGTON, D.C. — U.S. Rep. Debbie Dingell (D-Dearborn) is joining dozens of lawmakers in urging transparency from the Biden administration regarding U.S. involvement in the Saudi/UAE-led coalition’s war in Yemen as the U.S. ends its support for “offensive” operations.

In a letter expressing their strong support for President Biden’s decision to end U.S. participation in offensive operations in the Saudi/UAE-led war in Yemen, 41 lawmakers pressed the administration to answer remaining questions about its Yemen policy going forward, including what constitutes “offensive” versus “defensive” support for the Saudi/UAE-led coalition, information regarding weapons sales and deliveries, support for increased humanitarian aid and the U.S.’ plan for supporting peace negotiations.

“For nearly six years, without authorization from Congress, the U.S. has aided and abetted the catastrophic Saudi/UAE-led military intervention in Yemen, despite the coalition’s unconscionable record of indiscriminately bombing tens of thousands of civilians and destroying civilian infrastructure, including hospitals, schools, refugee camps, sewage treatment plants and markets,” the letter reads. “This brutal war and the associated de-facto blockade have contributed to producing the world’s largest humanitarian crisis, with more than 13 million Yemenis now experiencing extreme hunger and millions more teetering on the brink.” With the U.N. estimating that a child under the age of 5 dies every 10 minutes on average in Yemen, the lawmakers request a response from the Biden administration before March 25, which marks the 6th anniversary of the disastrous Saudi-led military campaign on the country

“Congress has repeatedly invoked its constitutional war powers authority by voting to end unconstitutional U.S. participation in this war via War Powers Resolutions …We seek to ensure that the Biden-Harris administration’s Yemen policy will adhere to the limitations sought by majorities of Congress in the numerous bipartisan votes on this subject.”

Given the dire urgency of the crisis in Yemen, with the United Nations estimating that a child under the age of 5 dies every 10 minutes on average, the lawmakers requested a response from the Biden administration before March 25, which marks the 6th anniversary of the disastrous Saudi-led military campaign on the country.