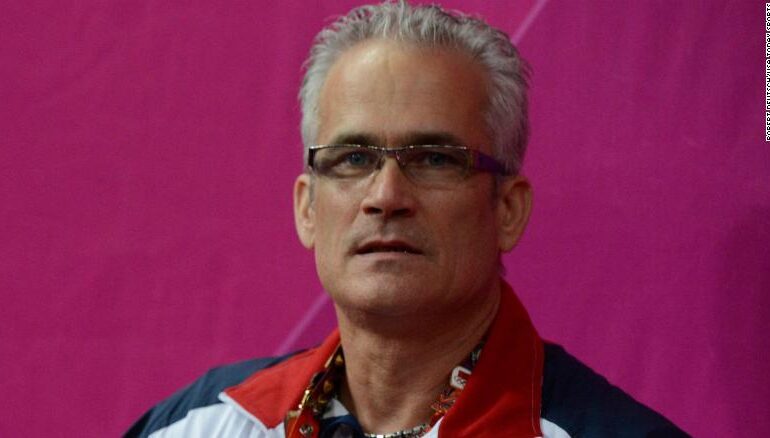 LANSING — The body of a former U.S. Olympics gymnastic coach was found at a rest stop Thursday, the same day that Attorney General Dana Nessel’s Office filed 24 criminal charges against him.

Geddert was accused of committing at least one sexual assault and multiple incidents of physical abuse against young female athletes.

“These allegations focus around multiple acts of verbal, physical and sexual abuse perpetrated by the defendant against multiple young women,” Nessel said. “I am grateful for these survivors coming forward to cooperate with our investigation and for bravely sharing their stories. The charges against Mr. Geddert are the result of a great deal of hard work by my investigators and prosecutors, and I would like to express my gratitude for their devoted service, as well as the cooperation and efforts of the Michigan State Police, Eaton County Sheriff’s Office and Eaton County Prosecutor Doug Lloyd and his staff. This case has truly been a joint effort by law enforcement and another example of how authorities at multiple levels of government can work together in pursuit of justice.”

Geddert was expected to turn himself in to authorities at the Eaton County Sheriff’s Office Substation in Delta Township and was scheduled to be arraigned at 2:15 p.m. in the Eaton County District Court 56A before Judge Julie O’Neill.

Geddert never showed up and state police troopers found his body in a rest area off of I-96 in Grand Ledge, in Clinton County, at 3:24 p.m.

While the investigation is ongoing, the death is being treated as a suicide.

“My office has been notified that the body of John Geddert was found late this afternoon after taking his own life,” Nessel said. “This is a tragic end to a tragic story for everyone involved.”