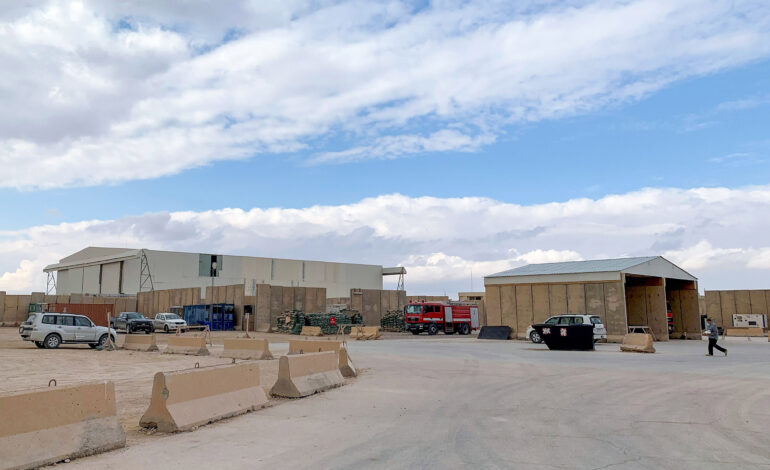 BAGHDAD — At least 10 rockets landed on Wednesday at Iraq’s Ain al-Asad air base that hosts U.S., coalition and Iraqi forces, the Iraqi military said, two days before Pope Francis is due to visit the country.

Wednesday’s attack is the second rocket attack in Iraq this month. The attack caused no significant losses, Iraqi’s military said without going into further detail. The base is one of the last remaining Iraqi bases where U.S. forces are stationed.

The pope will visit Iraq from March 5-8 and will continue with his plans despite concerns after the attack.

The Al-Asad air base was last attacked in January 2020 by Iranian missiles avenging the killing of Iranian military commander Qasem Soleimani, who was killed in an air strike last year at the Baghdad airport, ordered by former President Trump.

On Feb. 16 a rocket attack on U.S.-led forces in northern Iraq killed a civilian contractor and injured a U.S. service member.

U.S. Army Colonel Wayne Marotto, spokesman for the U.S.-led coalition, said on Twitter that the rockets targeted the base at 7:30 a.m. Iraq time on Wednesday.

The Iraqi news agency Sabreen initially published photos and reports of the attack. There has been no immediate claim of responsibility at this time.

The Pentagon said on Wednesday that an American civilian contractor died after suffering a “cardiac episode” while sheltering from the rockets. But the agency says it needs more information before it can definitively assign blame for the death on the rocket attack.

“We cannot attribute responsibility at this time, and we do not have a complete picture of the extent of the damage,” Pentagon spokesman John Kirby said in a statement.

#UPDATES A civilian contractor with the US-led coalition in Iraq died of a heart attack during a rocket attack on the sprawling Ain al-Assad air base, Iraqi and Western security sources say pic.twitter.com/Kbikc39tzS

Kirby added that defensive systems at the Al Asad air base were used and that Defense Secretary Lloyd Austin was closely monitoring the situation.