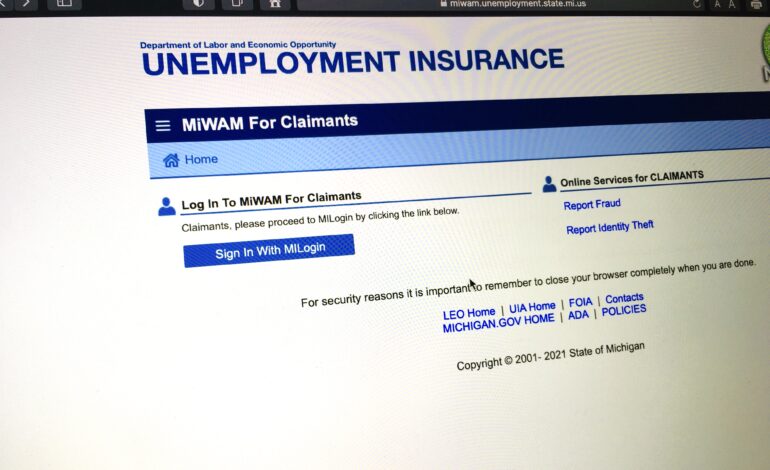 The EB program gave Michiganders 20 additional weeks of unemployment benefits since it began in October.

The federally funded EB program is turned on when a state’s jobless rate averages more than 8 percent for three consecutive months. But Michigan is now no longer in a high unemployment period (HUP), the UIA said on Monday.

If unemployed Michiganders have already been paid their maximum weeks of EB, their EB claim is considered exhausted and there are no more weeks of EB available.

The maximum number of weeks available to PUA claimants has been reduced from 57 to 50 weeks.

PUA and Pandemic Emergency Unemployment Compensation (PEUC) benefits were set to expire on March 14 nationwide. President Biden signed his $1.9 trillion COVID-19 relief bill on Thursday. The relief package will extend PUA and PEUC to Sept. 6 and continue to offer recipients an extra $300. There will be no interruption in benefits now that the bill is signed into law.

It is not clear whether claimants who have exhausted their EB benefits will be eligible for extensions.