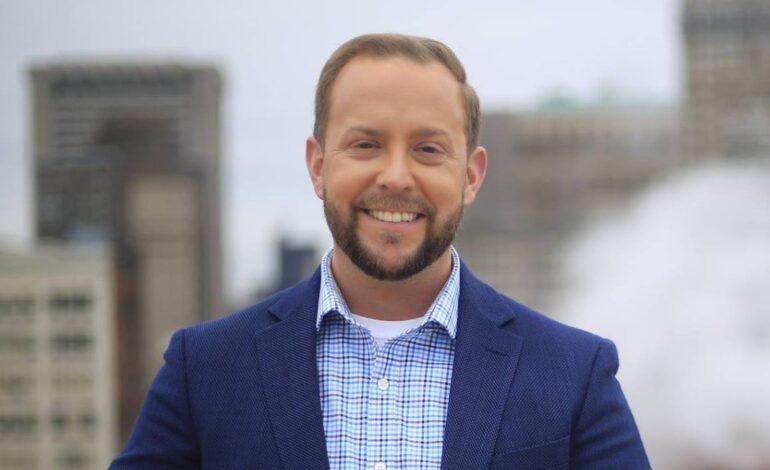 Recently elected Wayne County Commissioner David Knezek is settling into his new role with the Michigan Department of Health and Human Services.

Knezek, 33, had been working for Michigan Attorney General Dana Nessel when he was appointed to the Wayne County Commission, to which he was elected by the voters in November.

He replaced Diane Webb (D-Livonia) in the Eighth District, which includes Dearborn Heights, Redford and a portion of southeast Livonia, on Feb, 6 , 2020.

“I enjoy public service and consider it a high honor to have been asked by the attorney general to serve on her executive team,” said Knezek, who is serving as the chief deputy director for administration at the MDHHS. “When I received a call about joining the Michigan Department of Health and Human Services, I knew it was time to roll up my sleeves and take on a new challenge. We are the largest department in the state — over 14,000 employees strong — and are working day in and day out to vaccinate Michiganders and end the COVID-19 pandemic. It’s a privilege to be working alongside such a great team, knowing that we’re all pushing for a safe return to normalcy as vaccine production and availability increases.”

Being able to serve my community and my state is a true blessing. I simply ask for everyone’s continued support and prayers as we work together in the days, weeks and months ahead — David Knezek

Knezek said that his new role will not impact his role with the Wayne County Commission.

“I am proud to serve on the Wayne County Commission and plan to remain there as long as my friends and fellow citizens continue to support me,” he said. “Like any other local legislative bodies, members of the Commission meet once per week to vote on a variety of issues. With the exception of any retired colleagues, we maintain full- or part-time jobs like any other county commissioners or city council members across the state.”

“On the Commission, we are tasked with overseeing a $1 billion budget and taking care of our parks, roads, seniors, veterans, and cultural and recreational opportunities,” he said. “At the department, I’m learning a lot every day and working alongside our leadership team to end the pandemic.”

Knezek said he wants the voters who elected him to the Commission to know that he is appreciative.

“I appreciate everyone’s continued love and support,” he said. “Everyone was so kind when I shared that I was leaving the attorney general’s office on social media and even more people were supportive when I shared the news of this new role. Being able to serve my community and my state is a true blessing. I simply ask for everyone’s continued support and prayers as we work together in the days, weeks and months ahead.”