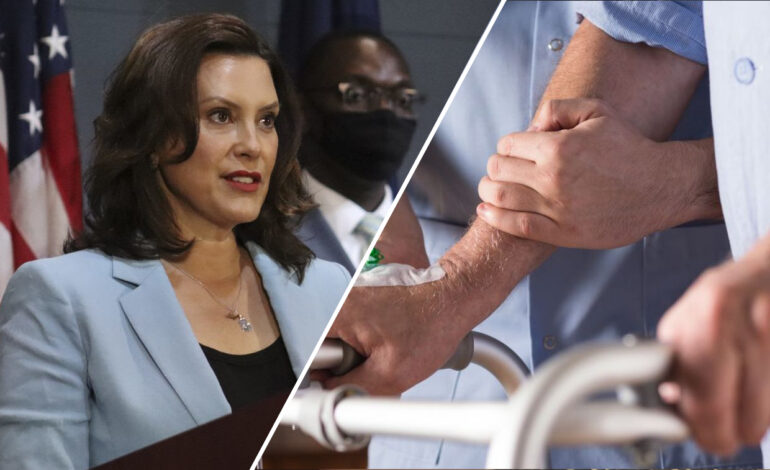 Macomb County Prosecutor Pete Lucido is calling on family members of nursing home residents to come forward if they’ve lost a loved one during the pandemic.

MACOMB — Macomb County Prosecutor Pete Lucido is calling on family members of nursing home residents to come forward if they’ve lost a loved one during the pandemic.

Lucido walked people through how to submit a wrongful death complaint to local police in an effort to build a possible criminal case against Governor Whitmer.

“Why did my mom or why did my dad, brother, sister or aunt die?” he said. “Was it because of the policy by bringing in COVID-infected patients that spread to my mom that killed my mother?”

When Lucido was still a state senator, he criticized Whitmer’s decision to bring COVID-19 positive patients into nursing homes and had noted that at the time more than 2,000 residents and 21 staff members had died. As prosecutor, he’s trying to build a criminal case for possible charges of willful neglect of duty or reckless endangerment.

“Nobody’s above the law in this state,” he said. “This is about people who passed away at the behest of a policy that was created by the governor.”

The Governor’s Office released a statement saying that its priority from the beginning has been to protect Michiganders.

“The administration’s policies carefully tracked CDC guidance on nursing homes, and we prioritized testing of nursing home residents and staff to save lives,” the statement said. “Early in the pandemic, the state acted swiftly to create a network of regional hubs with isolation units and adequate PPE to prevent the spread of COVID-19 within a facility. In addition, we have offered 100 percent of nursing home resident priority access to the vaccine. Both the former head of AARP, as well as an independent U-M study, praised our work to save lives in nursing homes.”

“Even his former colleague, Republican Sen. Ed McBroom, has said he ‘has not seen any evidence or testimony that says that a nursing home was forced to take someone against their will,’” the statement said. “And there’s a reason why Mr. Lucido’s colleagues have publicly rebuked this politically-motivated waste of taxpayer dollars. Michiganders are tired of these petty partisan games, and we won’t be distracted by them, either.”