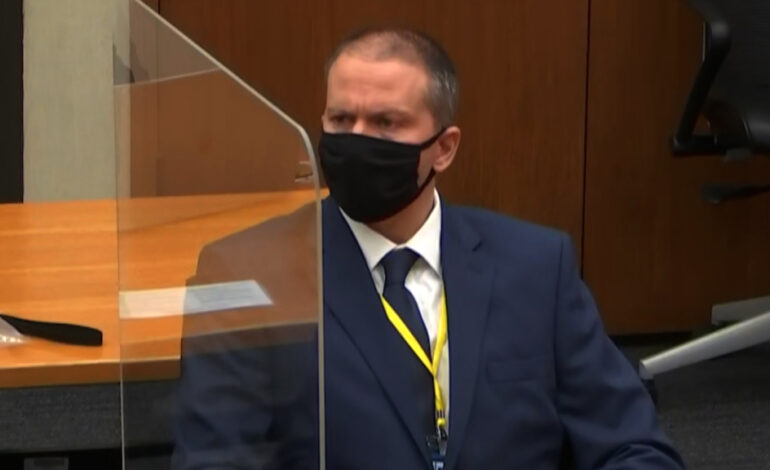 A judge in Minneapolis has reinstated a third degree murder charge against former police officer Derek Chauvin for the death of George Floyd. Photo: CBS

MINNEAPOLIS/DETROIT — While a judge in Detroit dismissed claims that activists conspired to obstruct police, a judge in Minneapolis reinstated a third degree murder charge against a former Minneapolis police officer in the death of a Black man.

Chauvin failed to get the state’s Supreme Court to block the charge.

On May 25, 2020, Chauvin knelt on Floyd’s neck for nearly nine minutes, killing him. 46-year-old George Floyd was the father of two daughters, worked in security and as a truck driver. Photo courtesy: CBS

Cahill had previously dismissed the charge because he said he believed that under Minnesota law proof that someone’s conduct was eminently dangerous to others was required, but an appellate court ruling in an unrelated case established new rules.

“I am granting the motion because although these cases are factually different — that is Mohamed Noor and the case before us — I don’t think it’s a factual difference that weighs in favor of denying the motion to reinstate,” he said. “When the intent is directed at a single person, then third-degree murder may apply. Single acts directed at a single person fall within the gambit of murder in the third degree.”

“The charge of third-degree murder, in addition to manslaughter and felony murder, reflects the gravity of the allegations against Mr. Chauvin,” he said. “We look forward to presenting all three charges to the jury.”

Floyd had been accused of using a counterfeit $20 bill to buy cigarettes at a convenience store owned by an Arab American named Mahmoud Abumayyaleh when Chauvin handcuffed him and pressed his knee into Floyd’s neck as Floyd said he couldn’t breathe.

Despite staff at the store saying Floyd gave the cigarettes back when confronted, the store owner said he condemned the police officers’ actions and wanted justice for Floyd.

Chauvin and the three other officers were all fired the next day and later arrested and charged.

The incident was recorded by a bystander and widely shared on social media, which set off a series of nationwide protests against police brutality and racial injustice.

A judge in Detroit has dismissed claims that a group of activists who regularly protested after Floyd’s death had conspired to commit disorderly conduct and obstruct police.

The city was unable to provide evidence of a conspiracy to commit illegal acts by members of Detroit Will Breathe, U.S. District Judge Laurie Michelson said. The organizer was part of a group that splintered off from a larger protest on Gratiot Avenue on Tuesday, and stood against the city’s 8 p.m. curfew. Photo: Hassan Abbas/The Arab American News.

Despite protests in Detroit not being as violent as other cities around the country, protesters said that police still used tear gas, pepper spray, chokeholds and rubber bullets against them.

Due to the lawsuit, Michelson put limits on how Detroit police could respond to peaceful protests, at which point the city filed a counterclaim against Detroit Will Breathe, alleging conspiracy.

Detroit Will Breathe said that the counterclaim served little purpose.

“It is now clear that the counterclaim served little legal purpose,” the organization said. “Apart from giving the city an excuse to make statements smearing racial justice movements.”