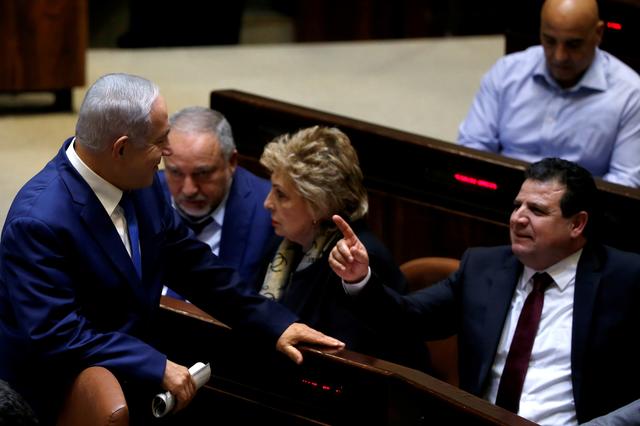 At a glance, it may appear that the split of Arab political parties in Israel is consistent with a typical pattern of political and ideological divisions which have afflicted the Arab body politic for many years. This time, however, the reasons behind the split are quite different.

As Israel readies for its fourth general elections within two years,  scheduled for March 23, Israel’s Palestinian Arab voters seem to be in a position of power, slated to become the kingmaker in the country’s future coalition government. But something peculiar has happened. The Joint List, which has successfully united the Arab vote in Israel in previous elections, suffered a major setback with the split of the United Arab List (Raam) on February 4.

Raam is the political arm of the Southern Branch of the Islamic Movement in Israel. In April 2019, it entered the elections in a joint coalition with the National Democratic Alliance (Balad) Party. In September 2019 and, again, in March 2020, it contested in the general elections as part of the Joint List, an Arab alliance, which, in addition to al-Balad, included the Democratic Front for Peace and Equality (Hadash) and the Arab Movement for Renewal (Ta’al).

Despite their ideological divides and different socio-economic visions, Arab parties in Israel have felt that their unity is more urgent than ever before. There are reasons for this.

Israel has been rapidly moving to the right, where ultra-nationalist and religious groups now represent mainstream Israeli politics. The center, which temporarily unified under the banner of Kahol Lavan (Blue and White), has actively promoted a similar discourse to Israel’s traditional right of yesteryears.  Finally, the left has disintegrated, to play an unprecedentedly marginal role with little or no impact on Israeli politics.

As the Israeli right has grown emboldened in recent years, various anti-Arab legislations were passed by the right-dominated Knesset (Parliament). The most obvious example is the “Nation-State Law”, which elevated the exclusive identity of Israel as a Jewish State, while devaluing Palestinian Arab rights, religions and language.

By refusing to incorporate the Joint List, Gantz took the first step in destroying his own promising centrist coalition, which then included Yesh Atid and Telem

In the September 2019 elections, Arab unity finally paid dividends, as the Joint List won 13 of the Knesset’s 120 contested seats. In April 2020, united Arab parties performed even better, emerging, for the first time in Israel’s history, as the country’s third-largest political bloc after Likud and Kahol Lavan.

Clearly, Arab parties were ready to engage in the political process, not as marginal forces but active participants. Ayman Odeh, the head of the Joint List, had made several overtures to Benny Gantz, leader of the centrist Kahol Lavan. Odeh had reasoned that, with the help of the Joint List, a centrist-led coalition would finally be ready to dislodge right-wing Israeli Prime Minister Benjamin Netanyahu, from power.

Gantz refused to allow Arab parties into his government coalition, preferring instead to seek common ground with his archenemy, Netanyahu. Both formed a unity government in May 2020, which only lastedfor seven months.

By refusing to incorporate the Joint List, Gantz took the first step in destroying his own promising centrist coalition, which then included Yesh Atid and Telem. Leaders of the latter two factions officially split soon after Gantz agreed to the Netanyahu union. In the coming March elections, Yesh Atid will be contesting independently, while Telem decided to refrain from entering the election fray altogether so as, reportedly, not to further splinter the opposition’s votes.

From a strategic point of view, this would have been the most opportune moment for the Arab Joint List to finally translate its electoral victories into political success. There is a growing realization that a coalition government in Israel, even if formed, would remain unsustainable without Arab support. Consequently, the country’s leading political camps are openly jockeying to court the Arab vote.

Instead of taking advantage of their electoral success, the Joint List, once again, splintered, or precisely, an important party, Raam, has exited the coalition

Indeed, Netanyahu, who, in 2015 used fear mongering to rally the right behind him by saying that Arab voters were “heading to the polling stations in droves”, is now turning around. During a visit to the Arab city of Nazareth on January 13, he claimed that his previous comments were misinterpreted. In other Arab towns, he boasted about his record in support of Arab communities and in fighting the coronavirus pandemic. His anti-Arab rhetoric is currently at an all-time low.

The centrist Yair Lapid of Yesh Atid has also shown willingness to work with Arab politicians, stating on January 17 that “It was a loss that we did not do it in the current Knesset”, referring to Gantz’s rejection of Arab endorsement and exclusion of Arabs from the coalition government.

Yet, instead of taking advantage of their electoral success, the Joint List, once again, splintered, or precisely, an important party, Raam, has exited the coalition. This time, however, the fragmentation was not an outcome of ideological differences but the result of the bewildering position of Raam’s leader, Mansour Abbas.

In February, Abbas had indicated his willingness to join a Netanyahu-led coalition. He justified his shocking turnabout with unconvincing political platitudes as one “needs to be able to look to the future, and to build a better future for everyone” and so on.

The fact that Netanyahu is largely responsible for the despairing outlook of Israel’s Arabs’ future seems entirely irrelevant to Abbas, who is inexplicably keen on joining any future political alliance even if it includes Israel’s most chauvinistic political actors.

Now that all electoral alliances have been finalized, Mansour Abbas has clearly made the wrong choice and, no matter the outcome, he has already lost.