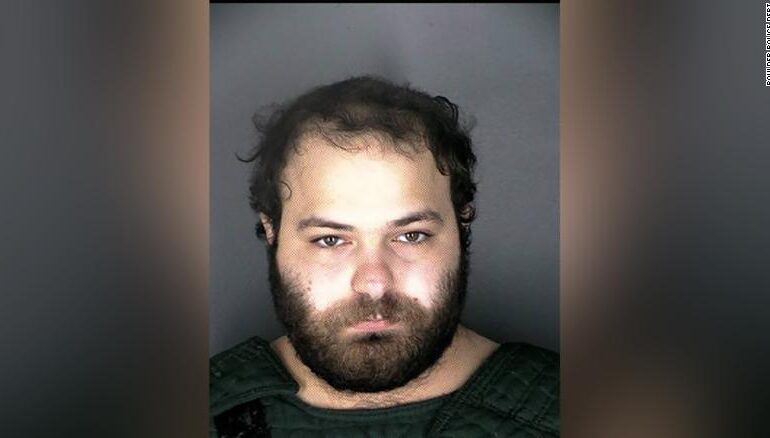 Boulder Police Chief Maris Herold announced the identity of the shooter at a press conference. The suspect is accused of killing 10 people, include a Boulder police officer. He opened fire and shot people in the age range 20 to 65 at King Soopers store Monday afternoon. He now faces 10 counts of first degree murder.

The police officer, Eric Talley, 51, was one of the first to respond at the location after police began getting phone calls of an active shooter at the store. Witnesses inside the store rushed out as they heard rapid fire gunshots. A person livestreamed the chaos, with video showing motionless people on the ground inside and outside the store and audible gunshots. Police declared the area an active shooter scene and searched vehicles and surrounding areas. Police escort people at the scene of an active shooter at the King Soopers grocery store in Boulder, Colorado, March 22. –Photo by AFP

Witnesses told police the gunman killed one man in his vehicle and then gunned down another in the parking lot. The shooter stood over him, firing multiple times, before entering the store to continue the rampage.

The suspect, a resident of Arvada, near Denver, at some point was shot the in the leg during the violent episode. He was booked Tuesday into county jail after being treated at a hospital, authorities said.

CNN said a search of his home turned up other weapons. The weapon used in the attack was an AR-15-style pistol modified with an arm brace. Authorities believe the suspect was the only person involved and that there was no additional threat to the community.

A motive for the shooting was not immediately known.

According to an arrest warrant, the suspect has been charged with 10 counts of first-degree murder and one charge of attempted murder. The warrant described him as being armed with either an assault rifle or “black AR-15” and wearing a “tactical” or “armored” vest.

Police say the suspect had “removed all of his clothing and was dressed only in shorts” when he was taken into custody. He wouldn’t tell police whether there were other suspects, but he did ask to speak to his mother. Tactical police units respond to the scene of a King Soopers grocery store. Dozens of police responded to the afternoon shooting in which at least one witness described three people who appeared to be wounded, according to published reports. Photo by AFP

The Boulder County district attorney said the suspect “lived most of his life in the United States.”

The Alissa family immigrated from Syria in 2002. According to his older brother, the suspect had been bullied in high school because of his name and background, which contributed to him becoming more “anti-social.” He had grown paranoid over the years, his brother Ali Aliwi Alissa, 34, said, and believed he was being chased and followed.

The suspect immigrated to the U.S. at the age of 3 and went on to study computer engineering at the Metropolitan State University of Denver.

On his social media posts, he complained about former President Trump and his policies toward Muslims, and claimed he was the victim of racism and Islamophobia.

The suspect’s brother said he did not know his younger sibling owned weapons and that he never spoke an intent to use violence. Ali Alissa said he is shocked and saddened by the events and told CNN he was “really sad for the lives that he wasted.” Ahmad Al Aliwi Alissa is taken into custody after the mass shooting, his leg bloody from a gunshot wound. Photo by AFP

The suspect was also not known to be particularly political or religious. His paranoia had once led him to make a social media post about his belief that his former high school classmates had been hacking into his phone. His brother noticed him cover his webcam with duct tape so he could not be seen.

“We kept a close eye on him when he was in high school,” Ali Alissa said. “He would say, ‘Someone is chasing me, someone is investigating me.’ And we’re like, ‘Come on man. There’s nothing.’ … He was just closing into himself.”

The suspect was charged with third-degree assault in 2018 for an incident that occurred in November 2017, in which he punched a high school classmate.

A woman identified as the Alissa’ sister-in-law stated that he was seen playing with a gun she thought looked like a “machine gun” about two days ago, according to the arrest warrant.

More than 60,000 refugees have settled in Colorado, including around 300 who escaped the ongoing violence in Syria.

The Boulder incident was the seventh mass shooting in  the U.S. in the past seven days. On March 16, eight people, including six Asian women, were killed when a White gunman stormed three spas. President Biden has called on Congress to ban assault weapons and high-capacity weapons. He also called for the closing of loopholes, including one which allows some firearms to be transferred by licensed gun dealers before the required background checks are completed.

Governor Whitmer ordered U.S. and Michigan flags within the State Capitol Complex and all public buildings and grounds across Michigan to be lowered to half-staff immediately on Tuesday, March 23 through Saturday, March 27 to honor and remember the 10 victims of the shooting.

Colorado has seen some of the most notable episodes of gun violence in U.S. history, including the 2012 mass shooting at a movie theater in Aurora and the 1999 rampage at Columbine High School, near Littleton.

President Biden said he was “devastated” by the carnage, the 104th mass shooting to take place in the country this year, according to Newsweek.

The Islamic Society of North America in Plainfield, Indiana sent over a message to The Arab American News, condemning the suspect’s actions, saying that community, “pray(s) for the lives of lost and our hearts go out to their families. This senseless attack adds to the tragedies our nations is going through, including an increasing culture of hate.”

Other Muslim organizations are mourning and raising money for the 10 people killed in the mass shooting.

On Tuesday, the Colorado Muslim Leadership Council released a statement in solidarity with the survivors and victims.

“Our hearts are heavy as we stand with the survivors of violence. We will continue to remember and grieve for the innocent victims of this horrific and senseless crime,” the statement read.

Boulder police officer Eric Talley, one of the victims, “was personally known to many of us, and we are devastated by his death,” the statement noted.

“We thank law enforcement for their bravery and commitment in apprehending the shooter. We call for the prosecution of the shooter to the fullest extent of the law,” the statement read.

The Islamic Center of Boulder, on its Facebook page, said its members were praying for those affected by the shooting.

“Our hearts are broken for lives lost and for the grief suffered by an entire community. For those who have lost loved ones, for those who witnessed the horrific events today, for those who feel helpless and fearful — may Allah bring you comfort and peace and healing. There are many, many members of ICB who are praying for each person affected by this violence,” the center said in its post.

“We in Aurora know this pain too well. We are sending our love to our fellow Coloradans in Boulder. I know, words can feel futile in the wake of terror, trauma, and loss of life. Beyond love, I am resolved to continue the fight for sensible gun reform,” she said on her Facebook page. The Islamic Society of North America in Plainfield, IN, issued a statement condemning the violence in Boulder as well as last week’s shootings in the Atlanta area.

The shooting in Boulder, the Islamic Society of North America said, “adds to the tragedies our nation is going through, including an increasing culture of hate.”

The suspect appeared in court Thursday, brought in and out of the courtroom in a wheelchair and wearing a COVID mask. Prosecutors vowed to file more charges in the next two weeks and said the police were still processing the crime scene at the King Soopers. He will continue to be held in jail without bond. Public defender Kathryn Herold, who is among those assigned to represent him, raised the possibility that he had a mental illness when she asked the judge to postpone the next court date.

“We cannot do anything until we are able to fully assess Mr. Alissa’s mental illness,” Herold said at the hearing.

Judge Thomas Mulvahill said that the parties would next meet in court in the next 60 to 90 days to discuss the case. One of the lawyers representing Alissa on Thursday was Daniel King, a longtime public defender who represented the gunman who killed 12 people in 2012 in an Aurora, Colorado, in a trial that involved the gunman’s mental state.