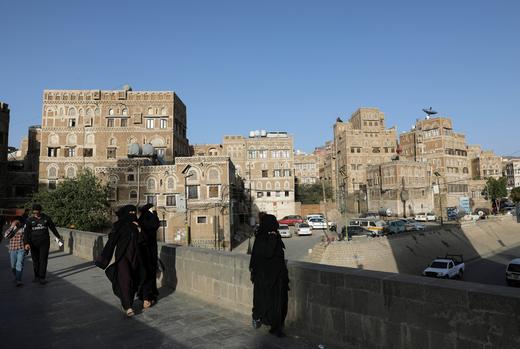 WASHINGTON, D.C. — U.S. Special Envoy Tim Lenderking was scheduled to travel to the Middle East on Thursday, to press a plan for a ceasefire in Yemen, talks on settling its civil war and an end to the humanitarian catastrophe that it has caused, the U.S. State Department announced.

Lenderking’s trip was expected to include meetings with Yemen’s Houthi movement leaders as the veteran diplomat had said earlier this month that he would “immediately” return to the region when they were ready to talk.

He was scheduled to meet with senior regional leaders in coordination with his U.N. counterpart, Martin Griffiths, the State Department said, with talks focusing on efforts “to promote a lasting ceasefire and peace agreement.”

The announcement came after a Saudi-led coalition fighting the Houthis said that it destroyed several explosive-laden drones launched by the group at targets in the kingdom, including two universities.

Lenderking was tapped as special U.S. envoy as part of a bid by the Biden administration to avert widespread famine and advance a U.N. peace initiative.

Saudi Arabia and Yemen’s internationally recognized government have embraced the initiative, which calls for a ceasefire, the re-opening of Sanaa airport and allowing fuel and food imports through Hodeidah port.

The Houthis said the offer fell short of their demand for the total lifting of an air and sea blockade. But they agreed to continue talking with Riyadh and the United States.

In 2015, the Saudi-led coalition intervened to back Yemen’s government against the Houthis in what is widely viewed as a proxy war between the kingdom and Iran.

Tens of thousands of people have died. The United Nations calls the humanitarian crisis the world’s worst, with some 80 percent of Yemen’s population of 29 million requiring aid and 13 million facing starvation.