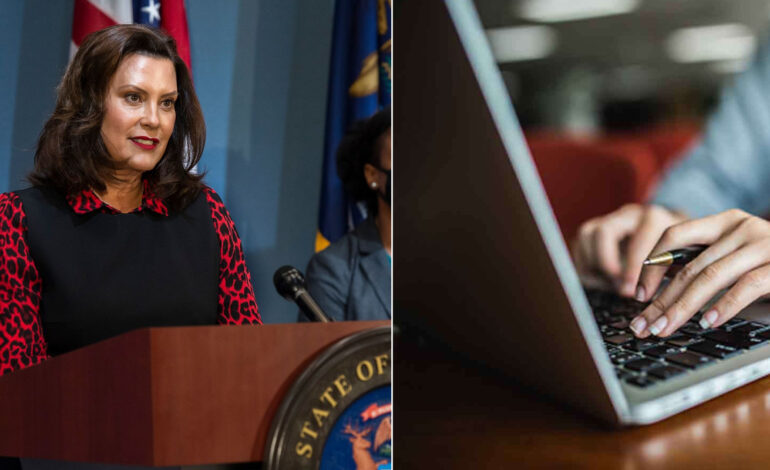 LANSING – Governor Whitmer showed increased concern for the surge in cases of COVID-19 in Michigan, and asked Michiganders to make some temporary changes, at a press conference on Friday.

Due to tracked outbreaks associated with youth sports, Whitmer is urging youth sports on both school-sponsored and non-school sponsored teams to suspend in-person activities, like games and practices, for the next two weeks.

In addition to urging youth sports to suspend in-person activities, Governor Whitmer is asking high schools to utilize virtual instruction for the next two weeks to slow the spread of infections. The state’s health department issued guidance to schools strongly encouraging them to enroll in the department’s testing program if they are open to in-person instruction.

The state is offering 56 pop-up sites located throughout Michigan as part of the special program in an effort to increase access to testing for Michiganders returning from Spring Break. For more information on additional test sites, visit Michigan.gov/Coronavirustest.

The state says that the unfortunate nature of this deadly virus is that it spreads quickly when people are gathered indoors without masks for an extended period of time. By opting to dine outdoors or order takeout, restaurants can remain open while operating safely to mitigate the spread of COVID-19.

While many states across the country have dropped basic health protocols altogether, Michigan continues to have restrictions in place to slow the spread of COVID-19, including a statewide mask mandate, limits on indoor social gatherings larger than 25 people, expanded testing requirements for youth sports, and dozens of pop-up testing sites across the state.

To slow the spread of the virus in the state, Whitmer renewed her call for the federal government to surge additional vaccines to Michigan. That call has largely been ignored up to this point, as the Biden administration has chosen to allocate vaccines based on populations, and not on infections rates within territories.

“Administering more than five million doses of the safe and effective COVID vaccine in under four months is a big deal, but we’ve still got a lot more work to do,” said Whitmer. “Right now our numbers are alarming, and we all have a role to play to get our state moving in the right direction again.