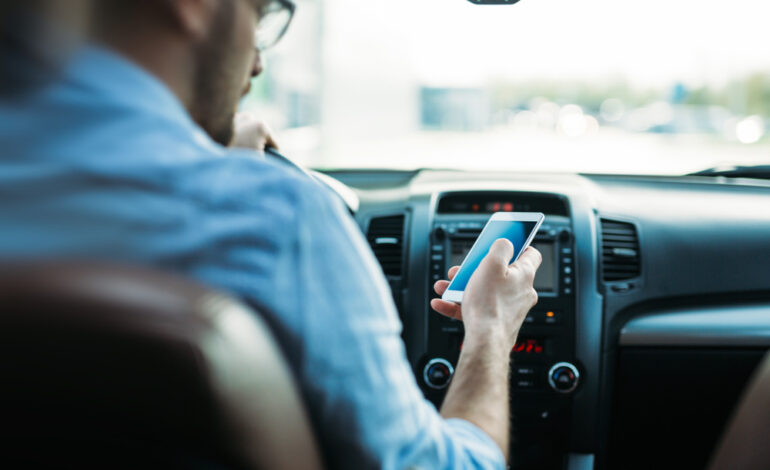 The annual campaign is a part of the U.S. Department of Transportation’s National Highway Traffic Safety Administration’s (NHTSA) national U Drive, U Text, U Pay enforcement effort that runs from April 8 until April 12.

According to the Michigan State Police Criminal Justice Information Center (CJIC), in 2019 there were 18,096 distracted driving crashes resulting in 70 fatalities throughout the state.

Nationwide in 2019, there were 3,142 fatalities linked to distracted driving, including 566 pedestrians, bicyclists and other non-occupants.

The NHTSA said that young drivers between the ages of 16 to 24 have been observed using handheld electronic devices at higher rates than older drivers since 2007 and in 2019, 9 percent of people killed in teen-driving crashes died when teen drivers were distracted at the time of the crash.

Chief Ronald Haddad said that drivers need to keep their hands on the wheel and eyes on the road.

“Every day, we ticket drivers who haven’t gotten the message that using their cell phones while they drive is illegal, and puts every other road user at risk,” he said. “We all know the dangers associated with distracted driving. Whether it’s eating and drinking behind the wheel, using GPS, talking to other vehicle passengers or using the cell phone, it’s all dangerous when you’re driving. We are determined to impress upon these drivers: Keep your hands on the wheel and your eyes on the road.”

Haddad also said there will be an increase in patrols, starting April 8.

“People know texting and driving is dangerous and illegal, but they do it anyway and it puts others at risk,” he said. “Beginning April 8, you will see increased law enforcement efforts, as officers will be stopping and ticketing anyone who is caught texting and driving. And we are not trying to rack up citations — we are trying to save lives. If you text and drive, you will pay.”

Haddad advises those who need to respond to a text while driving to pull over or park in a safe location to do so, designate a passenger as a “designated texter”, do not engage in social media while driving or put the phone in an out-of-reach area such as the glove box, back seat or trunk.