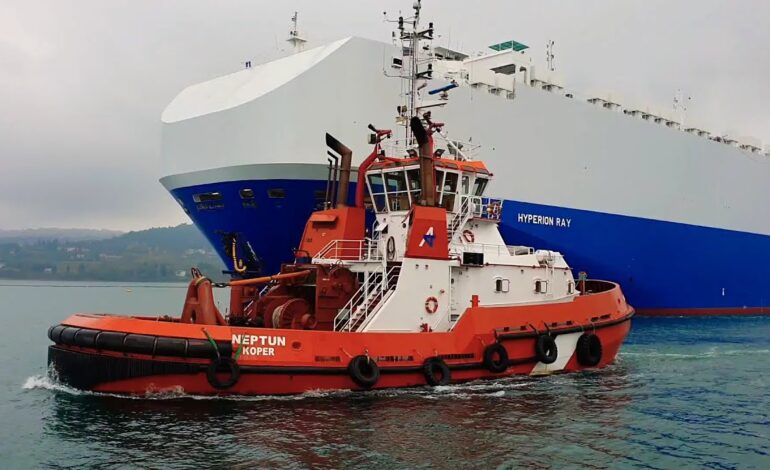 DUBAI — A commercial vessel owned by an Israeli firm was attacked off the coast of the United Arab Emirates in Gulf waters, pro-Iran media and an Israeli television channel said on Tuesday.

Israel’s top-rated Channel 12 quoted unnamed Israeli officials as blaming arch-foe Iran for the assault, which it described as a missile strike. There were no casualties and the ship continued on its course, the TV channel added.

Two maritime security sources told Reuters that an Israeli ship was hit near the UAE’s Fujairah port, resulting in an explosion but that there were no casualties.

Officials in Israeli Prime Minister Benjamin Netanyahu’s office and Israel’s Defense Ministry declined comment on the incident. A spokesman for Israel’s Transportation Ministry said he was aware of the reports, but could not confirm them.

There was no immediate confirmation from the UAE.

The incident comes a day after Tehran accused Israel of sabotaging a nuclear site and after Iran and the U.S. began indirect talks in Vienna on ways to revive world powers’ 2015 nuclear deal with Tehran.

The Unews news agency, also based in Lebanon, said the vessel was transporting cars and had been at Kuwait’s Mina Al Ahmadi port 48 hours earlier.

The United Kingdom Maritime Trade Operations (UKMTO) said in an advisory notice that it was aware of a possible incident near Fujairah and that investigations were ongoing.

Last month an Iranian container ship was damaged in an attack in the Mediterranean, two weeks after an Israeli-owned ship, the MV “Helios Ray” — owned by the same company as the “Hyperion Ray”, according to a U.N. shipping database — was hit by an explosion in the Gulf of Oman.

The incidents have occurred since President Biden took office in January with a commitment to rejoin the 2015 nuclear pact — abandoned by his predecessor, Donald Trump, in a move welcomed by Israel — if Tehran returns to full compliance with the deal.

Iran said on Tuesday it would start enriching uranium to 60 percent purity, a move that would take the fissile material closer to the 90 percent suitable for a nuclear weapon.