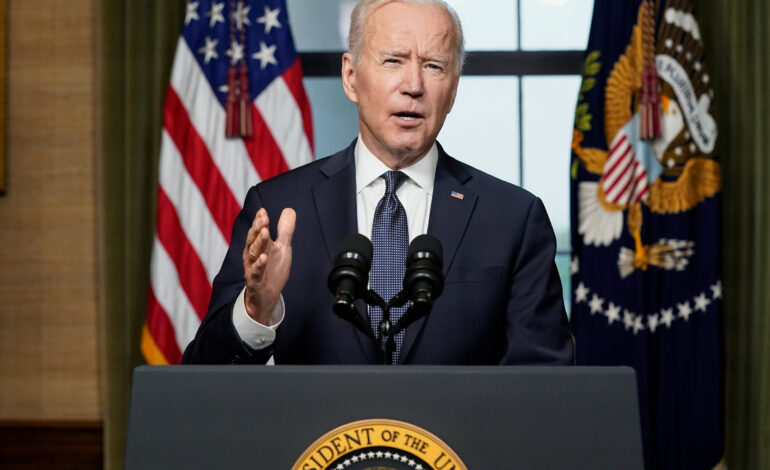 WASHINGTON D.C. — In an address to the nation on Wednesday, President Biden announced his decision to withdraw troops from Afghanistan by Sept. 11.

“It is time to end America’s longest war,” he said. “It is time for American troops to come home.”

By doing so, this will end America’s military involvement in the country on the 20th anniversary of the terrorist attacks on the World Trade Center, the Pentagon and flight 93.

The announcement was given from the White House Treaty Room, which is the same room where former President George W. Bush announced the start of the war on Oct. 7, 2001.

“We cannot continue the cycle of extending or expanding our military presence in Afghanistan, hoping to create the ideal conditions for our withdrawal, expecting a different result,” Biden said. “I am now the fourth American president to preside over an American troop presence in Afghanistan. Two Republicans. Two Democrats. I will not pass this responsibility to a fifth.”

After his speech, Biden plans to visit the section of Arlington National Cemetery where many from the war in Afghanistan are buried.

Biden set a goal of withdrawing all 2,500 U.S. troops remaining in Afghanistan. The war has cost the lives of 2,400 American service members and cost an estimated $2 trillion. U.S. troop numbers in Afghanistan peaked at more than 100,000 in 2011.

Biden had faced a May 1 withdrawal deadline, set by his Republican predecessor, Donald Trump, who tried but failed to pull the troops out before he left office. Biden’s decision will keep troops in Afghanistan past that deadline, but officials suggested troops could fully depart before Sept. 11.

This puts an end to this forever war abroad… At the same time, we need to protect human rights – especially those of Afghan women – and promote peace and stability… — U.S. Rep. Debbie Dingell (D-Dearborn)

In Afghanistan’s capital of Kabul, officials said they would carry on with peace talks and their forces defending the country.

“Now that there is an announcement on foreign troops withdrawal within several months, we need to find a way to coexist,” said Abdullah Abdullah, a top peace official and former presidential candidate. “We believe that there is no winner in Afghan conflicts and we hope the Taliban realize that, too.”

Some foreign policy experts have expressed concern over a power vacuum, civil unrest and threats to rights of women in Afghanistan as a result of the military withdrawal. Ousted from power in 2001 by U.S.-led forces, the Taliban had said it would not take part in any meetings that would make decisions about Afghanistan until all foreign forces had left the country.

“After two decades of continued war and uncertainty for America’s brave men and women and their families, I applaud President Biden for his decision to withdraw all U.S. troops from Afghanistan by September 11th,” said U.S. Rep. Debbie Dingell (D-Dearborn). “This puts an end to this forever war abroad. As the administration works to end this chapter and safely pull back U.S. troops, we must be diligent and united in working toward the common goal of easing tensions in the region. At the same time, we need to protect human rights – especially those of Afghan women – and promote peace and stability as we recommit to leading on the world stage through diplomacy.”