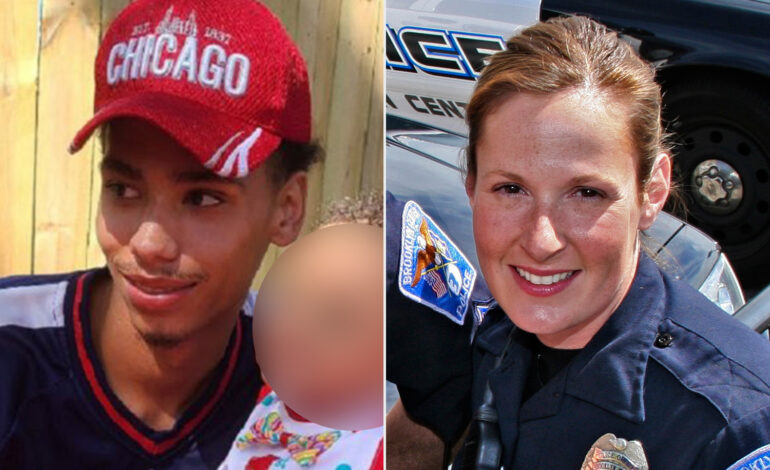 BROOKLYN CENTER, MN — The police officer who authorities say shot and killed Daunte Wright after a traffic stop has been arrested and charged with second-degree manslaughter.

The officer, Kim Potter, resigned earlier this week and is now being charged in the shooting death of 20-year-old Daunte Wright.

At the time of the shooting, Potter was heard on body cam yelling, “taser” while she was holding her handgun. After one shot, she was then heard saying, “S***, I just shot him.”

Police were trying to take Wright into custody after learning that he had an outstanding warrant.

Potter, Police Chief Tim Gannon and City Manager Reggie Edwards submitted their resignation letters on Tuesday, just one day after Gannon announced that the shooting was an accident.

Potter was arrested by agents with the Minnesota Bureau of Criminal Apprehension (BCA) and was booked into the Hennepin County Jail.

In Minnesota, second-degree manslaughter applies when authorities allege a person causes someone’s death by “culpable negligence whereby the person creates an unreasonable risk, and consciously takes the chance of causing death or great bodily harm to another.”

Someone convicted of these charges would face a sentence of up to 10 years in prison and/or a fine of up to $20,000.

Wright’s death on Sunday reignited protests throughout the community as the trial of Derek Chauvin continues in the death of George Floyd last year.

Benjamin Crump, one of the attorneys for the Wright family, released a statement saying this was no accident.

“While we appreciate that the district attorney is pursuing justice for Daunte, no conviction can give the Wright family their loved one back,” the statement said. “This was no accident. This was an intentional, deliberate and unlawful use of force. Driving while Black continues to result in a death sentence. A 26-year veteran of the force knows the difference between a taser and a firearm.”

Mayor Mike Elliott has said that he has not accepted Potter’s resignation letter, saying, “We’re doing our internal process to make sure that we are being accountable to the steps that we need to take.”

The case was given to Washington County prosecutors to avoid the appearance of conflict of interest in Hennepin County.

Wright’s death is at least the third high-profile death of a Black man during an encounter with police in the Minneapolis area since 2016 when Philandro Castile was killed, followed by Floyd last year.

Potter’s attorney, Earl Gray, is also the attorney for one of the four officers involved in Floyd’s death, Thomas Lane, and one of the attorneys for Jeronimo Yanez, the officer who was found not guilty in Castile’s case.

Wright’s mother, Katie Wright, said that while her son had struggled with a learning disability and dropped out of high school, he was more than that.

“He was a son, he was a brother, he was an uncle, he was a father, he was a grandson,” Katie Wright said. “He was so much more and he did not deserve this. My heart is literally broken into a thousand pieces.”