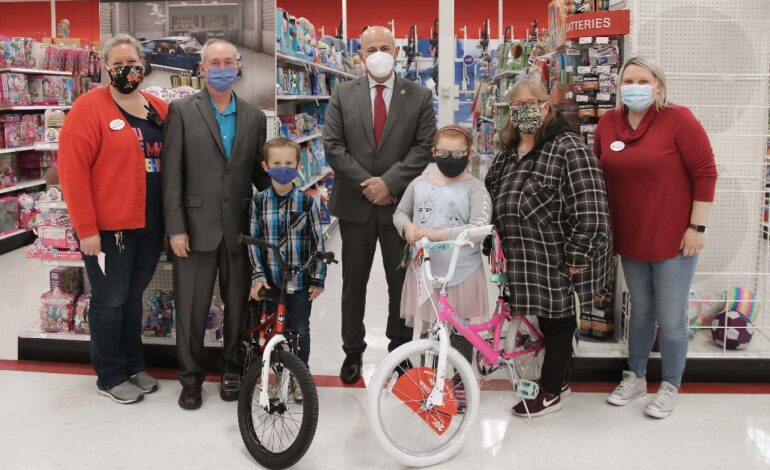 DEARBORN HEIGHTS — In a contest that was a cooperative effort between Mayor Bill Bazzi and the Dearborn Heights Target store, two children won free bicycles.

The contest originated as part of a March 13 family food box and children’s book distribution sponsored by Bazzi at Annapolis High School.

The winning tickets were hidden inside two of the hundreds of books given away, which 7-year-old Dallas Shanaver and 9-year-old Taylor Wesley had received.

Bazzi said the event was a great success and the bicycles being provided courtesy of Target were the icing on the cake.