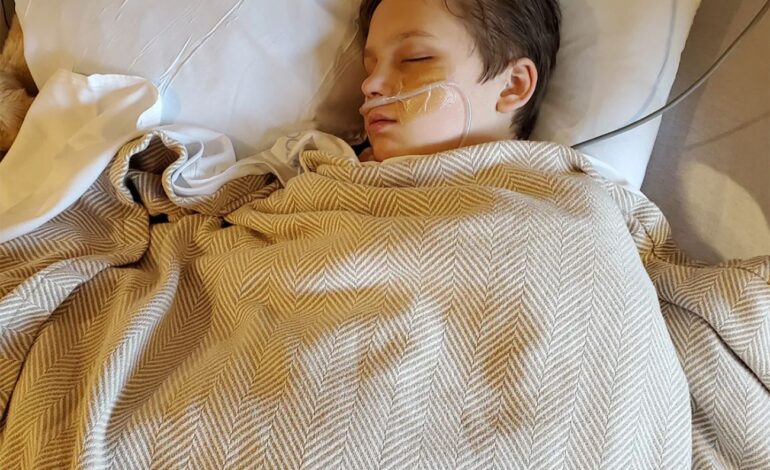 LANSING — Despite early claims that children were less likely to catch COVID-19, hospitalizations and confirmed cases among children are on the rise.

According to state data, as of April 15, there are 50 suspected pediatric cases and 41 positive cases.

Dr. Prashant Mahajan, an emergency medicine physician at the University of Michigan’s C.S. Mott Children’s Hospital, said that the increasing cases are alarming.

“There is definitely an increase in the total number of patients that are coming to the ER, both on the pediatric and adult side,” Mahajan, who is also the division chief of children’s emergency medicine at Mott’s, said. “And the reason I bring up both pediatric and adult is because we see children up to 21 at Mott’s Children’s. We are seeing the number of patients who are getting admitted who have a baseline illness, like say for example, asthma or Crohn’s disease, increase. Those patients are now coming in with COVID.”

Health officials in the state have said that the uptick in positive cases among children are attributed to youth athletics and the reopening of K-12 schools. This week alone, the state reported more than 300 ongoing or new school outbreaks, including infections linked to classrooms, after-school activities and sports.

State health officials have also reported at least 99 cases of the rare pediatric condition known as Multisystem Inflammatory Syndrome-Children (MIS-C), which can develop several weeks after a COVID infection and can lead to organ failure and death.

At least five children in Michigan have died of MIS-C and/or active COVID infections. Of the children who have developed MIS-C, 99 percent have tested positive for COVID-19 or were in close contact with someone with the virus, according to the CDC.

The CDC has reported 3,185 MIS-C cases nationally and 36 deaths.

While most cases have occurred in children ages 1 to 14, MIS-C has been identified in infants and adolescents up to 20-years-old.

Symptoms can appear anywhere from two to eight weeks after a child has had COVID and include fever, rash or discoloration of the skin, red bumps or splotches on the body, redness of the whites of the eyes, swelling or red coloring of the lips, tongue or throat, puffy or red hands and feet, severe gastric pain, vomiting or a large amount of watery diarrhea.

Although it is rare for children to develop MIS-C after having had COVID, parents are encouraged to seek medical attention if they are concerned that their child may have the condition.