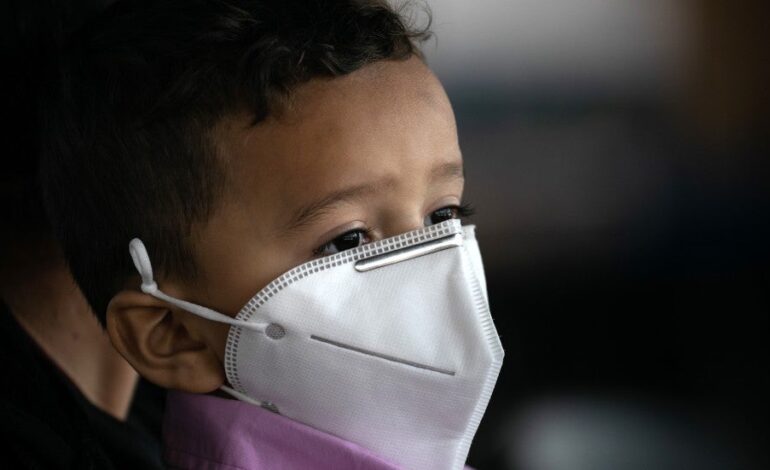 MICHIGAN – On Friday, the Michigan Department of Health and Human Services (MDHHS) extended its “Gatherings and Mask” epidemic order, which includes expansion of mask requirements to children ages 2 to 4. The order takes effect April 26 and is effective through May 24.

The department says implementing the mask rule to children ages 2 to 4 requires a good faith effort to ensure that these children wear masks while in gatherings at childcare facilities or camps. This addresses the increase in cases among younger Michiganders and follows recommendations from the American Academy of Pediatrics and Centers for Disease Control and Prevention guidance.

“We know that wearing a mask significantly reduces the spread of infection and should be part of the comprehensive strategy to reduce COVID-19—including for children age 2 and up,” said Michigan Chapter of the American Academy of Pediatrics (MIAAP) President Dr. Matthew Hornik. “Use of masks does not restrict oxygen in the lungs even in children, it is recommended to wear a mask with layers to filter droplets effectively.”

The order extension continues requirements like mask wearing while in public and at gatherings, limits on indoor residential social gatherings larger than 15 people with no more than three households, and expanded testing requirements for youth sports.

That state has suffered a dangerous third surge, the worst in the country.  Michigan’s positivity rate has increased for eight weeks but has seen a recent 5-day decline to 17.1 percent. However, this remains up 390 percent from the mid-February low and remains above the December peak of 14.4 percent, according to state data.

Statewide case rates have increased over the past eight weeks to 613.9 cases per million. The rate is more than 475 percent higher than the low in mid-February but remains below peak of 737.8 cases per million on Saturday, Nov 14. The percent of inpatient hospital beds dedicated to those with COVID-19 is now at 18.8 percent. This metric peaked at 19.6 percent on Tuesday, Dec. 4, and is up 373 percent from the February low.

“Nurses are exhausted,” said Jamie Brown, president of the Michigan Nurses Association. “Many hospitals are close to 100 percent capacity. RNs around the state are being put in the impossible situation of having to decide which patient to attend to. Nurses are working up to 18 hours at a time, often without breaks. We are begging for everyone in the community to do their part. Stay home. Wear a mask. Get a vaccine when you are able. We are barely able to keep our heads above water. We are in crisis. We need our communities’ help.”

The state says the presence of more infectious variants, such as the B 1.1.7 variant or the UK variant, threatens progress and that MDHHS will be monitoring data closely. As of Friday 29.5 percent of Michigan residents 16 and older had been fully vaccinated for COVID-19 and 44 percent had received at least a first dose.