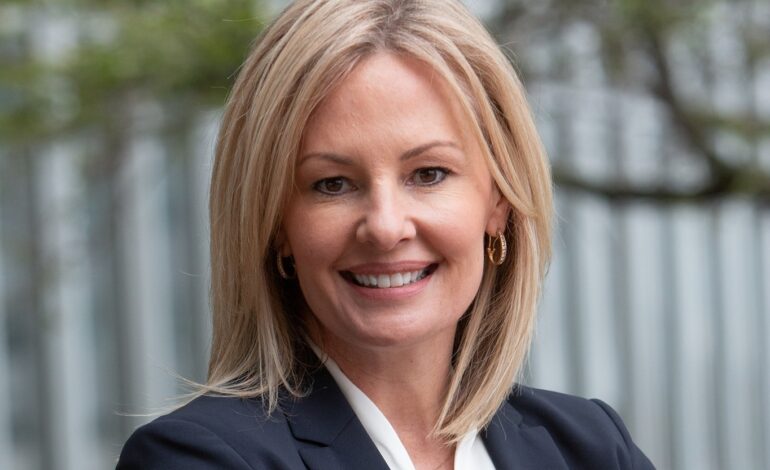 PONTIAC — Oakland County Prosecutor Karen McDonald marked her first 100 days in office last week. In those 100 days, McDonald has been busy bringing the office closer to the progressive objectives she ran her campaign on.

Her many policy initiative and reforms include an attempt at a modern and conscientiousness approach to prosecution, one that is backed by an understanding of how the criminal justice system can often fail at preventing criminal behavior by further pushing people into vulnerable, desperate situations. These include a focus on juvenile justice, reducing racial disparities and alternatives to incarceration for low-level, non-violent crimes.

A highlight of those initiatives is the establishment of the office’s first hate crimes unit. The unit consists of a dedicated prosecutor who’s specially trained to prosecute hate crimes under state statutes.

“These are crimes we care about as prosecutors and I care about as a member of my community, but what’s going in the world today made it impossible for me not to address it through our office,” McDonald told The Arab American News. “I believe there has to be consequences for crimes like these.”

McDonald spoke of an increasing trend in hate crimes against minority populations, no doubt inflamed by rhetoric from the previous administration in the White House.

“(The unit) came off of four years of the leader of our nation, in my opinion, encouraging more hate,” she added. “And we saw that on several levels. Not just the Muslim community, but the Asian and Jewish community, and people of color (in general).”

I think it’s a really scary time to be a member of a group that is considered different, or in the minority, and we have to do something about it

Besides being able to charge offenders under the hate crimes statute, McDonald has taken steps to educate the entire office to realize when cases they handle involve crimes motivated by the victim’s identity. The unit’s mission is also to work with police to help them recognize incidents of hate crime.

“I think it’s a really scary time to be a member of a group that is considered different, or in the minority, and we have to do something about it,” she said.

She added: “The groups that we used to think of as being on the fringe are now considered mainstream. Groups that are rooted in White supremacy. That’s so troubling to me, and I think this one way we can try to eliminate that.”

The hate crime unit is in line with other priorities to make prosecutors and staff in the office aware of and align with the needs of economically challenged residents, facing undue burdens from the justice system, or those in need of social services instead of punitive prosecution. It also takes into consideration the fears of community members, exemplified by police shootings in Minnesota and elsewhere.

We know from the data that incarcerating people for short periods of time for non-violent offenses actually makes us less safe, because we are disrupting an entire community, and that person returning to their community now has less resources

The office has also become an active participant in more than a dozen diversion programs and treatment courts, including mental health courts, addiction courts, veterans’ courts and a first-offender diversion program.

She also directed assistant prosecutors to consider underlying factors of criminality, including mental health, addiction, abuse and trauma, and to use discretion in charging decisions and plea negotiations and ending practices like default charge-stacking.

“We know from the data that incarcerating people for short periods of time for non-violent offenses actually makes us less safe, because we are disrupting an entire community, and that person returning to their community now has less resources and didn’t get any treatment for their mental health or substance abuse issues,” McDonald said. “There are definitely cases where we have to incarcerate people; my number one goal as the highest law enforcement official in the county is public safety, but we have to be smarter about how we accomplish that.”

A reform that could really move the needle on how needles prosecution can perpetuate this cycle and further criminality is the office allowing assistant prosecutors to have discretion over charges and be able to amend them when appropriate.

“(Up till now) assistant prosecutors weren’t allowed to amend charges and use their discretion on any crimes of substance,” McDonald said. “So you have warrant writers writing these charges and essentially become king, because we couldn’t amend the charge. A lot of assistant prosecutors ended up going to trial because it was easier to do that than to try to advocate for a better result. They would appear and not willing to try the case.”

The practice will go a long way in ending evaluations of assistant prosecutors based on their conviction rates, McDonald said.