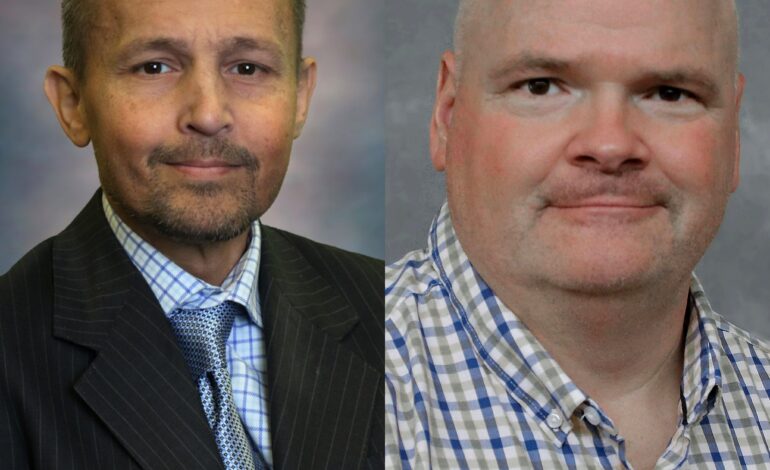 DEARBORN HEIGHTS — Even more changes have been made in City Hall over recent weeks, including a new comptroller and a new ordinance and animal control director.

Jawad graduated from Fordson High School and has a bachelor’s degree in business administration from the University of Michigan-Dearborn and an MBA from Walsh College of Business. He also holds a Series 7 license from the securities industry.

Jawad said his experience and love for community makes him qualified for the position.

“I have worked in several industries, including automotive, education and financial services,” he said. “I have been a resident of Dearborn Heights since 1998 and before that, I lived in Dearborn for 19 years. My grandparents have lived in the city since 1961. Dearborn Heights has always been an integral part of my life.”

As an adjunct professor of finance and economics at Henry Ford College and Schoolcraft College, Jawad also works as a financial advisor.

“Before my employment with the city of Dearborn Heights, I tried to keep up with the city’s news and resident concerns,” he said. “Like many of our residents, I was shocked at the sudden loss of our mayor. I was also relieved when I found out that the Council appointed Mayor Bazzi to the position.”

Jawad said that he had met Bazzi at the opening of a local restaurant when Bazzi was still on the Council.

“We briefly talked about his vision for the city of Dearborn Heights and it resonated with me,” he said. “Mayor Bazzi’s belief that elected officials and city employees should be transparent, efficient and work on behalf of the city’s citizens. The mayor also considers the City Council’s agenda a priority. So, when I was asked to come aboard as the city comptroller, I was happy to accept the position. I look forward to serving the residents of Dearborn Heights and the city as a whole.”

Bazzi also made changes in the Ordinance Enforcement/Animal Control Department.

After firing long-time director Jack McIntyre due to “numerous complaints” that were not detailed, Bazzi appointed William Dishroon to the position on April 7.

Dishroon has run for a seat on the D7 school board three times and lost by only 29 votes in the 2020 election.

“I have been with the city of Dearborn Heights for almost 24 years,” Dishroon told The Arab American News. “During this time, I have served in many roles in the city, including animal control officer and ordinance officer. I was also on the current list for promotion to supervisor in the DPW department when I was appointed to director. Mayor Bazzi reached out to me and offered the position.”

Dishroon has been a homeowner in Dearborn Heights for almost 20 years and has been a resident most of his life.

“As a city employee, I have a lot of experience and familiarity with the city’s structure and operations that, with my training history and education, make me a great appointment to the position,” he said. “I have approximately 50 credit hours towards an associate’s degree in criminal justice and plan on finishing that degree. I would also like to further my education in business or public administration. I also volunteer as a Dearborn Heights Police Department reserve police officer.”

The 51-year-old, married father said that he understands the disappointment in the community over the news of McIntyre being released from duty, but that he wants to continue to support the community.

“Our goal is to listen to the residents’ concerns and focus on resolving their issues through engagement, education and then, if necessary, enforcement,” he said. “We want to work with our residents to clean up our city so we can all enjoy it.”

Bazzi said that he is confident in his decisions.

“With their background, experience, work ethic and passion for serving our residents, both Mr. Dishroon and Mr. Jawad will serve as an asset to our Dearborn Heights City Hall team,” he said.

Since being appointed to the mayoral position in January, Bazzi had appointed a new building director, parks and recreation director, chief of staff and corporation counsel before these appointments were made.