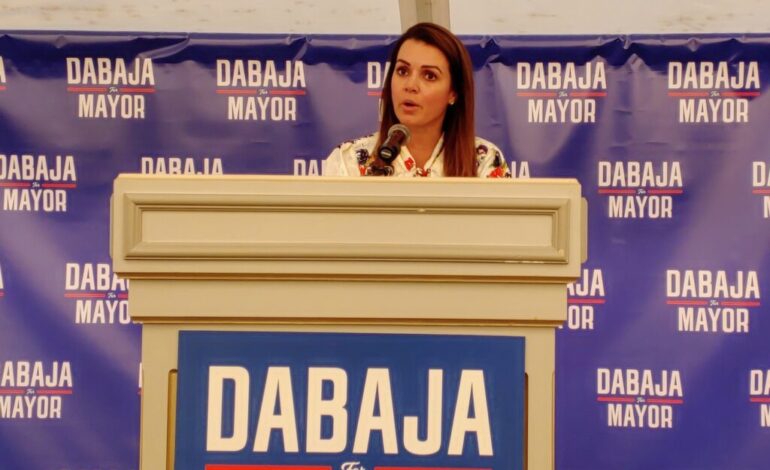 DEARBORN — City Council President Susan Dabaja has earned a much sought after endorsement from the Police Officers Association of Dearborn (POAD).

Three other candidates sought the endorsement for mayor from the POAD.

“The Police Officers Association of Dearborn is proud to endorse Council President Susan Dabaja on her historic run for mayor,” he said. “The officers of the POAD recognize Council President Dabaja’s support of public safety over the past seven years and look forward to her leadership in the mayor’s office.”

The endorsement process involves a rigorous questionnaire and personal interview after the mayoral candidates must apply for the endorsement.

“The process by which the POAD developed an endorsement was lengthy and objective,” Anhut said. “We would like to recognize Abdullah Hammoud, Tom Tafelski and Gary Woronchak for seeking our endorsement and participating in the interview process.”

Anhut also said that Dabaja emerged as the candidate with the strongest commitment to public safety.

“Among the candidates, it became clear who the right choice is for Dearborn police officers, and that candidate is Council President Susan Dabaja,” he said. “Her experience, leadership and commitment to keeping the citizens of Dearborn safe are some of the many reasons we are proud to formally endorse her to be the next mayor of the city of Dearborn.”

“I am incredibly honored to earn the endorsement of the POAD,” Dabaja said. “The fact that Dearborn’s first responders, our police officers and our firefighters have chose to support me is a testament to the support I’ve shown them as Council president, their belief that I am the candidate most ready and qualified to lead our city and my vision for Dearborn where public safety is a priority.”