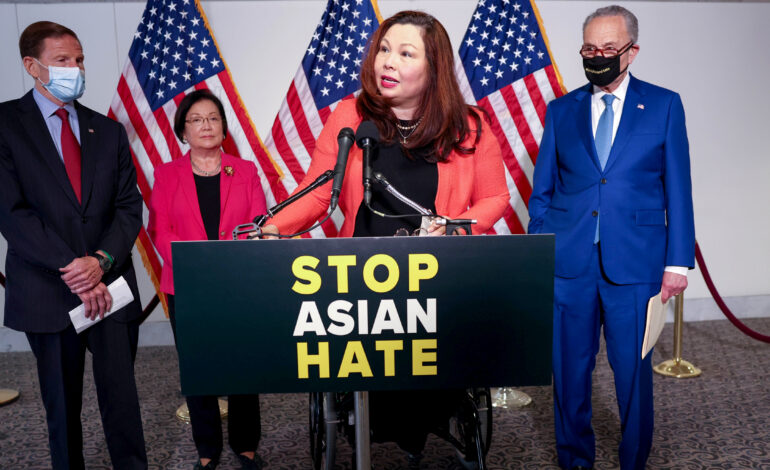 WASHINGTON, D.C. — The U.S. Senate overwhelmingly passed a bill that targets hate crimes directed towards Asian Americans on Thursday. The legislation comes amid an increase in discrimination and violence against Asian communities in the U.S. during the COVID-19 pandemic.

Officially titled the COVID-19 Hate Crimes Act, the legislation will expedite the review of violent hate crimes against Asian Americans and Pacific Islanders and seek to prevent such incidents from occurring.

The bill would also provide support to law enforcement agencies that establish a policy on identifying, investigating and reporting hate crimes and train officers on how to identify hate crimes, among other measures.

U.S. Senators Gary Peters (D-MI) and Debbie Stabenow (D-MI) both voted in support of the legislation.

“We need to do everything we can to come together and stop the alarming uptick in violence against Asian Americans in our country and to show the world that this kind of hate has no place here,” Peters said. “This legislation is an important step to address the surge in hate crimes against Asian Americans and provide resources to communities to prevent this violence.”

“The disturbing rise in violent attacks against our Asian American neighbors has no place in Michigan or in America,” Stabenow said. “This bill is an important first step in helping to identify and stop these hate crimes.”

The Senate also passed the Khalid Jabara and Heather Heyer NO HATE Act as an amendment to the COVID-19 Hate Crimes Act.

That act is named after Lebanese American Khalid Jabara, of Tulsa, who was killed by his White neighbor, who for years hurled racist insults at Jabara and his family before finally shooting him at the steps of his family home in 2016.

32-year-old Heather Heyer was killed when a White supremacist drove his car into a crowd of people who had been peacefully protesting the Unite the Right rally in Charlottesville, Virginia in 2017.

The amendment incentivizes state and local law enforcement authorities to improve hate crime reporting by making grants available, to be managed through the Department of Justice and to be used towards law enforcement trainings, the creation of reporting hotlines, increased resources to connect with affected communities and public educational forums on hate crimes.

The COVID-19 Hate Crimes Act is now expected to be passed by the U.S. House and then head to President Biden’s desk for a signature.

The bill’s only opponent, Sen. Josh Hawley (R-MO), said he voted against it because it was “hugely broad, hugely open-ended”, adding that “the ability and power to define crimes” (which the bill does not), and “collect all that data, it just seemed hugely, hugely over broad.”