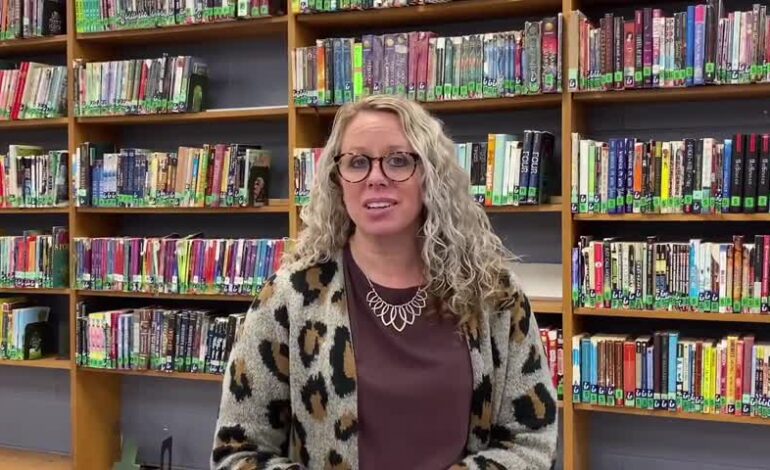 Layla Cruz, a ninth grader at Annapolis High School, said that she was recently called out of class to discuss her own social media comments.

“I had gotten called down to the office by Ms. Mast and she said that my Facebook comment was disrespectful,” the 14-year-old said. “It’s irritating because my friends are scared to voice their concerns, so I feel like it’s my responsibility to do so.”

The comment Cruz was called to the office for was in response to someone by the name of “Steve Johnsun” regarding the COVID-19 cases spiking.

In Cruz’s comment, she said that she felt that the “superintendent” didn’t care. “I agree, our ‘superintendent’ doesn’t realize that when we were on spring break people were traveling and having family gatherings for Easter,” the comment read. “The ‘superintendent’ doesn’t look at those things. Which is selfish because she’s letting these students and teachers go back not realizing how many people can bring it. Honestly, I feel like she doesn’t care because she’s not the one going.”

Cruz told The Arab American News that she was told that putting “superintendent” in quotations was disrespectful.

“I was uncomfortable and nervous,” she said. “I had never even had a conversation with her. I explained that I was just voicing my opinions and she said I should email her. She then started pulling up screenshots and questioning me as to who the person I was replying to was.”

Cruz’s guardian said that she wasn’t even contacted about there being a potential issue until Cruz came home.

With the district being very social media-focused, Cruz said she doesn’t understand why it’s acceptable for the superintendent to use Facebook to comment, but students can’t.

“I was told that commenting like that would stir things up,” Cruz said. “She even mentioned that the person whose comment I replied to could be a pedophile. A lot of people don’t feel comfortable going to her. How many other kids are being called down?”

Superintendent Jennifer Mast told The Arab American News that she felt the conversation was very casual and was impressed with Cruz’s maturity.

“I was trying to give her the same level of respect and maturity that she was displaying,” she said. “I’m sad to hear that she was uncomfortable. I was impressed with her maturity and how she responded.”

Cruz said that she hopes that her story will inspire fellow students to come forward with their concerns.

“I hope this can change and inspire other kids to come forward,” she said. “I think students should tell their parents; if they’re called to the office and feel uncomfortable have them call a parent. Speak up.”

Mast said that she welcomes all feedback from students and parents.

“If you’re upset about something I’m doing, I love hearing from the students, but there are better forums of addressing concerns than over Facebook,” she said. “I pride myself on building rapport with my students and parents. I’m not a person who students don’t know. I encourage students to reach out to me and let their voice be heard. I am an open door and we will have a conversation about it. I love when students come to discuss things, regardless of what they want to discuss. I am more than happy to talk to people.”