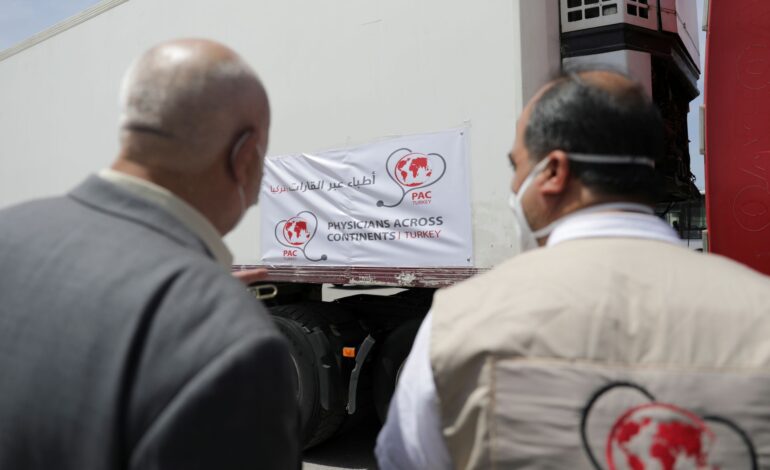 DAMASCUS — Thanks to a global initiative, Syria received the first 200,000 doses of AstraZeneca COVID-19 vaccine, U.N. officials announced on Thursday.

Syria was hard hit by the pandemic last year during two spikes in August and December and with another spike in infections in the last month. The country has recorded 51,580 cases of COVID-19, but the actual number is thought to be much higher due to limited testing supplies.

The World Health Organization (WHO) had said the first rollout of COVAX vaccines in Syria would begin in early May and that it aims to inoculate nearly 20 percent of Syria’s population by year’s end, or almost 5 million people in both government-held areas and the northeast and northwest.

UNICEF, the WHO and the Gavi vaccine alliance have said the vaccine shipments are “critical and timely” and that more deliveries were planned in coming weeks and months.

Reuters reported that Akjemal Magtymova, the head of the WHO’s Syria mission, told Syrian health officials and U.N. partners at a ceremony on the arrival of the shipment in Damascus there were challenges ahead, but the country had a strong track record in vaccination programs.

Damascus’ government is expected to deploy dozens of teams across 76 hospitals in state-run territory where most of the country’s nearly 20 million inhabitants live, with over 300 mobile units to access hard to reach areas.