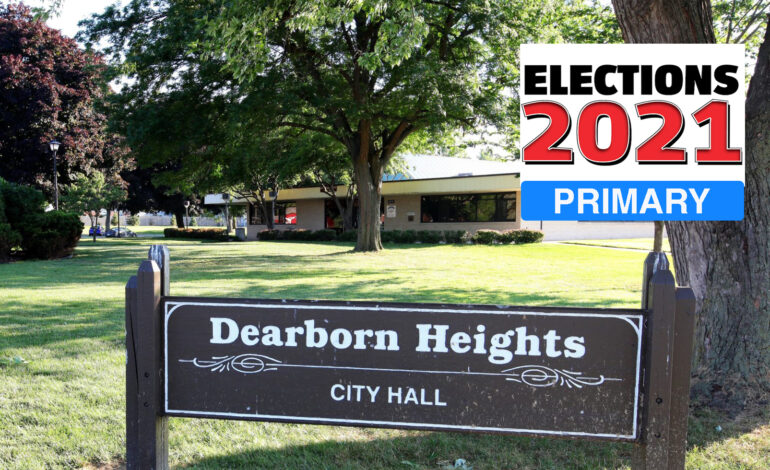 DEARBORN HEIGHTS — With partial and full terms on the ballot for the 2021 elections, all candidates had until April 23 to withdraw from the race.

The partial term for mayor is to finish former Mayor Daniel Paletko’s term, as he passed away suddenly in December from COVID-19.

Vying for both positions are Bill Bazzi, Denise Malinowski-Maxwell and Anthony Camilleri.

Bazzi was elected to the City Council in 2017.

The former marine was appointed to the mayor position in January, following Paletko’s death.

Malinowski-Maxwell is the City Council chairwoman and has been in that role since 2018. She served as the mayor pro-tem before Bazzi was appointed by the Council.

Camilleri had put his name in for consideration at the time of the appointments and had interviewed for the position, but was not selected. He is a local businessman.

The partial term for the city clerk is to finish out former Clerk Walter Prusiewicz’s term after he resigned last May due to COVID-related issues.

Clerk Lynne Senia, who was appointed by the City Council following Prusiewicz’s resignation, is running uncontested for both terms.

Senia had been the City Council secretary prior to interviewing and being appointed to the clerk’s position.

There are currently six candidates for the full Council term.

Incumbents Zouher Abdel-Hak, who was appointed to the City Council in January; Tom Wencel, who was elected in 2017, and Robert Constan, who served in the Michigan House of Representatives and has been a councilman since 2013, are running for re-election.

Hassan Ahmad, a local realtor, is also vying for one of four Council seats up for grabs.

Nancy Bryer, who had interviewed for the vacant City Council positions before, is also running, along with Rachel LaPointe, who is an avid volunteer with many organizations throughout the community.

Two candidates are running for the office of treasurer.

Current treasurer Hicks-Clayton, who was elected in November, is running against Constan, who ran against her last year.

Constan had until April 23 to decide whether he wanted to run for Council or for treasurer, otherwise he would have been disqualified from both.