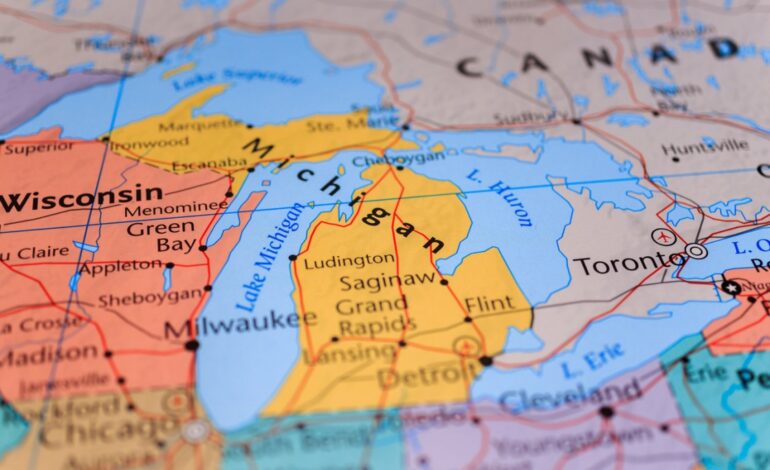 Michigan’s population grew to 10.077 million since 2010, the fifth-lowest growth in the nation, according to apportionment data released by the U.S. Census Bureau

The U.S. Census Bureau unveiled its first wave of data from the 2020 Census on Monday, April 29, showing Michigan’s population has grown by 2 percent since 2010’s count.

The population growth means more federal funding for the state, an approximately $250 million a year increase, which will be spread across state programs, grants and organizations that rely on federal funding over the next decade.

More complete data coming from the 2020 Census to be released this summer will dictate how those dollars are allocated.

Michigan’s population grew to 10.077 million since 2010, the fifth-lowest growth in the nation, according to apportionment data released by the Bureau. The state has an apportionment population of 10.084 million when accounting for Michiganders living or stationed overseas.

Though the state’s population has grown, it hasn’t grown as fast as other states, meaning Michigan is now set to lose one congressional seat. The state currently has 14 congressional seats, which will go down to 13. That loss also means the number of Michigan Electoral College votes will drop from 16 to 15.

The population data does not affect the number of U.S. Senators for Michigan, as the U.S. Constitution prescribes that the Senate be composed of two senators from each state.

“Michiganders should be concerned when we lose a congressional seat,” said Secretary of State Jocelyn Benson. “Not just because we lose an individual representing us in Congress and additional voice; we lose a vote in the Electoral College.”

Michigan just missed out on keeping a seat and has lost a seat after every census, going back to the 1970s.

The 2020 Census was unprecedented, conducted during the ongoing COVID-19 pandemic and posing new challenges to ensuring a full and accurate count. Moreover, the previous Trump administration politicized and undermined the count at every turn — U.S. Rep. Rashida Tlaib (D-Detroit)

U.S. Rep. Rashida Tlaib (D-Detroit) remarked on the potential for an undercount in more densely populated areas, like the district she represents in the southeastern Michigan region.

“The 2020 Census was unprecedented, conducted during the ongoing COVID-19 pandemic and posing new challenges to ensuring a full and accurate count,” Tlaib said. “Moreover, the previous Trump administration politicized and undermined the count at every turn.

“In November 2020, I led a bicameral letter to then-U.S. Census Bureau Director Dr. Steven Dillingham expressing my concerns about the severe undercount in cities like Detroit, Flint and rural areas in Northern Michigan, never received substantive answers and today’s announcement reinforces those concerns.

Michigan has one of the most gerrymandered legislative maps in the country. In 2018, voters passed a proposal to create a commission to end previous practices of drawing political maps by parties that were in power in the state’s legislature.

The Michigan Independent Citizens Redistricting Commission is made up of four Republicans, four Democrats and five Independents and has meeting regularly in its efforts re-draw Michigan districts maps to be more representative of their population makeups. Michigan’s congressional delegation is evenly split 7-7 between Democrats and Republicans, so the loss of a seat likely means a battle to determine who remains in power.

Democrats are vulnerable to losing the seat, since their voters tend to live in more densely populated areas such as southeast Michigan, meaning its easier to make changes in those districts while adhering to criteria requiring districts to have roughly even population, a Democratic strategist told Bridge Magazine this week.

The commission is tasked with having its maps available to the public by Sept. 17, allowing for 45 days of public comment. But the commission needs the full reapportionment data from the U.S. Census Bureau, which won’t be available until Sept. 30.

Benson and the commission are now asking the Michigan Supreme Court to move the deadline for maps to be available to Dec. 11, and the final maps to be approved on Jan. 25, 2022.