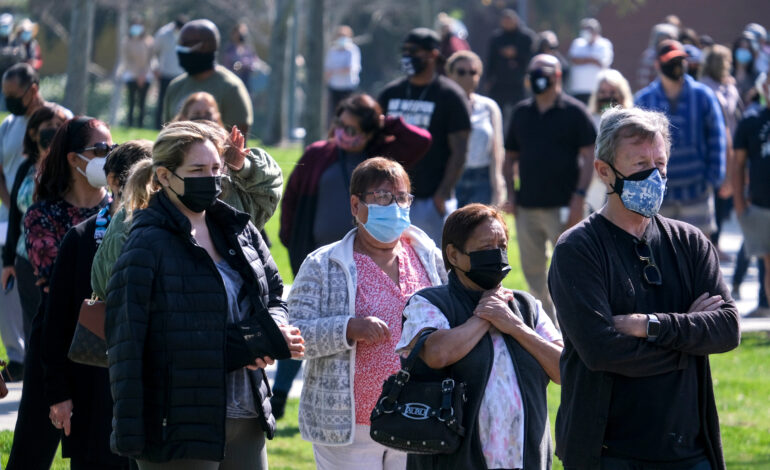 WASHINGTON, D.C. — Even though more than 44 percent of the U.S. population has had at least one dose of a COVID-19 vaccine, with about 2.4 million people receiving shots daily, medical experts are warning that it could take the country even longer to get back to normal if more people aren’t willing to take a vaccine.

“What I really worry about is that those people who are already on the fence don’t get vaccinated (and) we don’t reach herd immunity come the fall,” Dr. Leana Wen told CNN. “And then with the winter… we have a big resurgence, maybe we have variants coming in from other countries and we could start this whole process all over again and have another huge pandemic come the winter.”

The first case of an India variant (B.1.617) of COVID-19 has already been identified in Michigan. The variant is the sixth found in the state, which has led the country in infection rates in the past weeks.

Another expert told CNN that it will take that much longer to get back to life as normal, and for people to stop having to wear masks, if they don’t get a shot and there isn’t equitable distribution of vaccines.

Everyone 16 and older is currently eligible for a COVID-19 vaccine in the U.S., But polling data shows younger Americans are least likely to get a shot. A recent Quinnipiac University poll found that 36 percent of adults under the age of 35 say they don’t plan on getting one.

A dangerous situations considering that data showed cases have been highest among those in their 20s in Michigan and case rates among those in their teens have been higher in the state than at any point in the pandemic. National data from the CDC shows 18- 24-year-olds have consistently had the highest number of cases per 100,000 people since last summer, followed by 25- 35-year-olds.

A recent study published by the Kaiser Family Foundation (KFF) shows that since March 1, the share of the population who has received at least one dose of a COVID-19 vaccine has increased across racial and ethnic groups, but disparities for Black and Hispanic Americans have persisted and widened.

An article published in the Journal of Transcultural Nursing published in April points to “social determinants” on the likelihood minority groups receiving a COVID-19 vaccine, including health literacy, access to transportation, socioeconomic status and more.

“It is not enough to provide access to the vaccine if people do not have the resources to get the vaccination and are not given sufficient information to alleviate their fears and concerns about vaccination,” the authors say.

In Michigan, as of Monday, 50 percent of the population has received at least one dose, with 38 percent of Michiganders being fully vaccinated.

“The vaccine is the most effective way to protect you, your family and your community and get us back to normal sooner,” said Governor Whitmer in a statement on Monday. “Together, we will emerge from this pandemic stronger than ever and celebrate summer together with friends and family. We will become the state that beats this damn virus.”