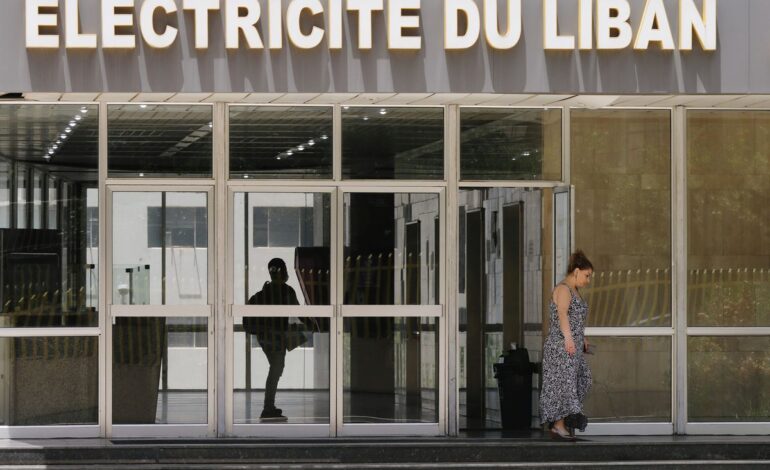 A woman walks outside a building of a Lebanon's electricity company in Beirut, Lebanon May 20, 2020. Photo: Reuters

BEIRUT – Lebanon’s lights may go off this month because cash for electricity generation is running out, a lawmaker said on Thursday, as the country grapples with a deep economic crisis.

Lebanon’s parliament had approved a $200 million emergency loan to finance fuel imports for power generation in March, but a committee reviewing the loan has yet to approve it.

“We should not forget that starting May 15, gradual darkness will start,” said Nazih Negm, a member of parliament, according to a government statement released after he met the caretaker finance and energy ministers.

The Lebanese have long learned to live with regular power cuts that run for at least three hours a day in the capital and much longer in other areas, because the state’s power plants cannot meet demand. Many people rely on private generators. But the financial crisis has exacerbated the heavily indebted nation’s problems, as the government struggles to find enough foreign exchange to pay for fuel and other basic imports.

The loan, approved by lawmakers in March, is being reviewed by a constitutional committee, which is studying whether it is lawful. The government resigned after a massive blast in Beirut in August and is now acting in a caretaker capacity.

“We hope that the constitutional committee does not take a month to reach its decision because the situation can’t wait,” Negm said, according to the government statement.

Lebanon usually keeps enough fuel for about two months or so, as it is too costly to hold strategic reserves for longer.

The economic meltdown, the biggest crisis since the end of Lebanon’s 1975-1990 civil war, has fueled unrest, locked depositors out of their accounts and hammered the currency, which has lost around 90 percent of its value against the dollar.