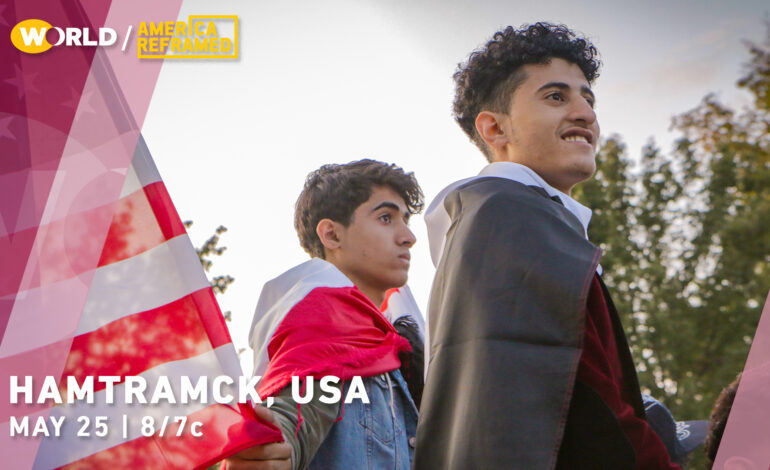 A still from the documentary "Hamtramck, USA", premiering on the WORLD Channel (formerly PBS WORLD) May 25. Photo courtesy: WORLD Channel

HAMTRAMCK — The city of Hamtramck, known to be the nation’s first Muslim-majority city, is the subject of a documentary set to makes its broadcast premiere on the WORLD Channel (formerly PBS WORLD) on Tuesday, May 25.

A synopsis for the documentary, titled Hamtramck, USA, says it “goes behind the scenes of small-town politics,” and “explores the beauty and challenges that come with multiculturalism.” The film purports to take an insightful look at multiculturalism at a time when some are demagoguing about “replacement theory.”

The documentary is directed by Justin Feltman and Razi Jafri and captures social and political evolution in the city, against the backdrop of an election season when, “candidates set out to win hearts, minds and votes in this rapidly changing city.”

A trailer for the documentary can be viewed at: worldchannel.org/episode/america-reframed-hamtramck-usa/

From the trailer, the documentary appears to be set around the 2017 Hamtramck mayoral and City Council elections. Many familiar faces can be spotted, like Mayor Karen Majewski, Councilmen Mohammed Hassan and Fadel Al-Marsoumi and current mayoral candidate Kamal Rahman, as well as Hamtramck residents and personalities active in the city’s political and social fabric.

After its broadcast premiere on May 25, Hamtramck, USA will stream for a year on worldchannel.org and the PBS app. The film is also scheduled to show at several national and international film festivals this year.