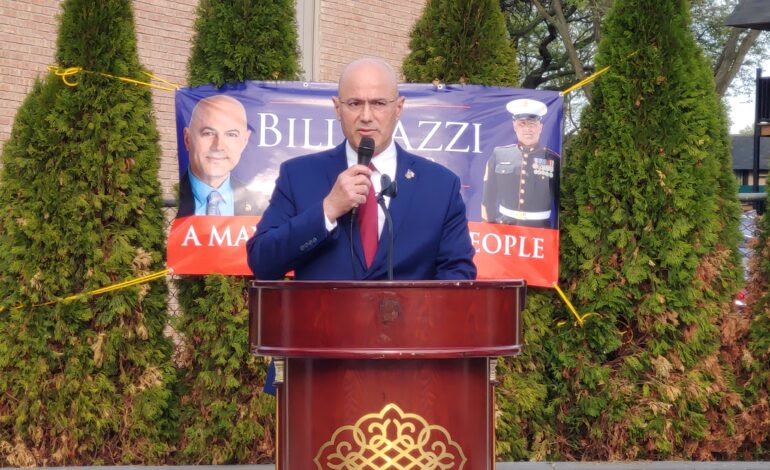 DEARBORN HEIGHTS — Friends of Mayor Bill Bazzi helped him kick off his mayoral campaign by hosting a special event fundraiser in his honor.

Six of the current members of the City Council came to show their support at the event as well. Councilman Tom Wencel said that he supports Bazzi because of the person Bazzi is.

“When my daughter died, we had just announced candidacies and he called asking if he could come and meet the kids,” he said. “I thought it was just some sort of political thing, but he and his wife brought over so many things for the kids. He brought a high chair, diapers, food, you name it. He just wanted to help my family. He is a real human being who cares and I like his vision. He has a plan and I think it’s a good plan.”

“I am honored to be here this afternoon,” Bazzi said. “I deeply appreciate your support and encouragement. I am humbled by the outpouring of support I have received over the years.”

Bazzi said that he is confident with the path the city is on.

“I am also proud of the fact that we are embracing a renewed spirit of transparency, integrity and ethical actions at all levels of the organization,” he said. “These are crucial elements towards building an environment of trust and mutual respect with our residents and business owners alike.”

While this event was not hosted by Bazzi himself, he will be hosting his own event for the community to attend on Monday, June 21 at 5 p.m. That event will also be held at the Bellagio Banquet Center and more information will be provided closer to the event date.