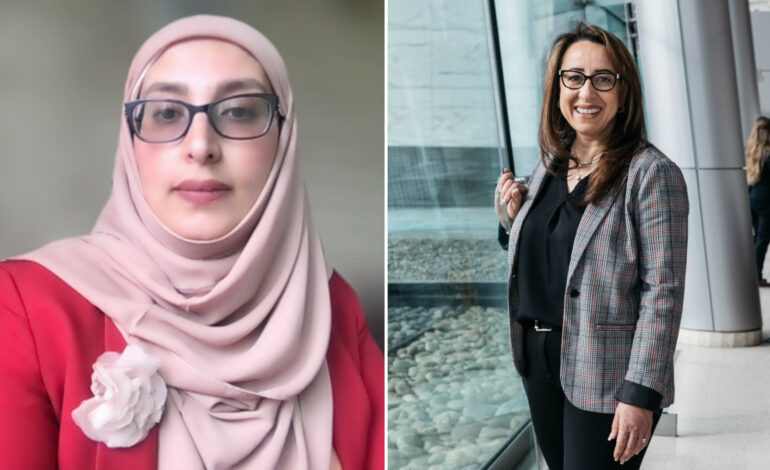 “We are very excited to welcome Jaleelah Ahmed and Amal Berry to the commission,” said Commission Chair Manal Saab. “Amal brings a wealth of knowledge and corporate DEI experience and Jaleelah is the first Yemeni American to become superintendent across the country, and the first Arab in Michigan. The Commission looks forward to working with the new commissioners and to continue to build with the returning commissioners.”

Ahmed is appointed for a term commencing May 26 and expiring April 19, 2025. She succeeds Abdulhakem Alsadah, whose term expired April 19.

“I am honored to be named to this Commission and to work collaboratively with others across the state in an effort to empower, promote and advance the Middle Eastern American community here in Michigan,” Ahmed said. “The work of the Commission on Middle Eastern American Affairs is vital to the future of Hamtramck and many other communities throughout the state. I look forward to representing the Hamtramck community and the growing population of Middle Easterners contributing so much to Michigan.”

Berry is appointed for a term commencing May 26 and expiring April 19, 2025. She succeeds Dearborn Police Chief Ronald Haddad, whose term expired April 19. Berry is also a member of the American Arab Chamber of Commerce.

“I’m honored and humbled to be appointed by Governor Whitmer to the Middle Eastern American Affairs Commission,” Berry said. “At a time of great change, the Middle Eastern community continues to show great influence to the prosperity of our state despite the numerous challenges we face as a community. My experience in the corporate sector and diverse community outreach, along with my commitment to cultivate a culture of belonging for everyone, will be an asset to the commission as we serve and further develop the largest concentration of Middle Easterners outside of the MENA region.”

The three reappointments are Dearborn Heights City Councilman Dave Abdallah, a longtime realtor with Century 21 Curran & Oberski; Dearborn Council President Susan Dabaja, an attorney with the Law Office of Susan A. Dabaja and a current Dearborn mayoral candidate and Dearborn resident Adel Mozip, a senior software developer for Beaumont Health and a trustee with the Dearborn Board of Education and Henry Ford College Board of Trustees.

“I’m honored to continue serving on the Commission to empower the Arab and Chaldean American community in Michigan,” Mozip said. “I’m also delighted to welcome our new colleague, Ms. Jaleelah Ahmed, a dynamic leader who brings a wealth of new perspectives to the commission.”

The Commission on Middle Eastern American Affairs was created through an executive order in 2015. The Commission is housed in the Department of Labor and Economic Opportunity (LEO) and acts in an advisory capacity to the governor and the director of the LEO. The 15-member council advises the department on issues relating to the Arab and Chaldean communities in Michigan and promotes awareness of their culture and history. It also works to empower, promote and advance the Middle Eastern American community in Michigan.

These appointments are not subject to the advice and consent of the Michigan Senate.

Whitmer also announced appointment to other boards and commissions, including the appointment of Russell Kavalhuna, president of Henry Ford College, to the Michigan Aeronautics Commission.

Previously, leaders and activists in the Arab American community criticized this commission as ineffective, without any accomplishments.