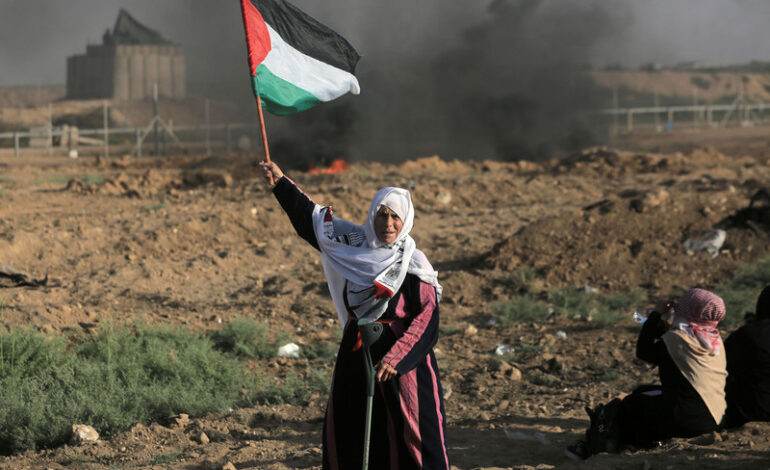 The ceasefire on May 21 has, for now, brought the Israeli war on Gaza to an end. However, this ceasefire is not permanent and constant Israeli provocations anywhere in Palestine could reignite the bloody cycle all over again. Moreover, the Israeli siege on Gaza remains in place, as well as the Israeli military occupation and the rooted system of apartheid that exists all over Palestine.

This, however, does not preclude the fact that the 11-day Israeli war on the besieged Gaza Strip has fundamentally altered some elements about Israel’s relationship with the Palestinians, especially the Palestinian Resistance, in all of its manifestations.

Let us examine the main actors in the latest confrontation and briefly discuss the impact of the Israeli war and the determined Palestinian resistance on their respective positions.

“Mowing the grass” no more

“Mowing the grass” is an Israeli term used with reference to the habitual Israeli attacks and war on besieged Gaza, aimed at delineating the need for Israel to routinely eradicate or degrade the capabilities of the various Palestinian resistance groups on the street.

“Mowing the grass” also has political benefits, as it often neatly fit into Israel’s political agendas — for example, the need to distract from one political crisis or another in Israel or to solidify Israeli society around its leadership.

May 2021 will be remembered as the time that “mowing the grass” can no longer be easily invoked as a military and political strategy by the Israeli government, as the Gaza resistance and the popular rebellion that was ignited throughout all of Palestine has raised the price by several-fold that Israel paid for its violent provocations.

While Israeli military and political strategists want to convince us, and themselves, that their relationship with Gaza and the Palestinian Resistance has not changed, it actually has and, arguably, irreversibly so.

The Palestinian fight for freedom has also been fundamentally altered, not only because of the unprecedented resilience of Palestinian resistance, but the unity of the Palestinian people and the rise of a post-Oslo/peace process Palestinian nation that is united around a new popular discourse, one which does not differentiate between Palestinians in Jerusalem, Gaza or anywhere else.

Palestinian unity around resistance, not the peace process, is placing Israel in a new kind of quandary. For the first time in its history, Israel cannot win the war on the Palestinians. Neither can it lose the war, because conceding essentially means that Israel is ready to offer compromises — end its occupation, dismantle apartheid and so on. This is why Israel opted for a one-sided ceasefire. Though humiliating, it preferred over-reaching a negotiated agreement, thus sending a message that the Palestinian Resistance works.

Still, the May war demonstrated that Israel is no longer the only party that sets the rules of the game. Palestinians are finally able to make an impact and force Israel to abandon its illusions that Palestinians are passive victims and that resistance is futile.

Equally important, we can no longer discuss popular resistance and armed resistance as if they are two separate notions or strategies. It would have been impossible for the armed resistance to be sustained, especially under the shocking amount of Israeli firepower, without the support of Palestinians at every level of society and regardless of their political and ideological differences.

Facing a single enemy that did not differentiate between civilians and fighters, between a Hamas or a Fatah supporter, the Palestinian people throughout Palestine moved past all of their political divisions and factional squabbles. Palestinian youth coined new terminologies, ones that were centered around resistance, liberation, solidarity and so on. This shift in the popular discourse will have important consequences that have the potential of cementing Palestinian unity for many years to come.

Israel’s allies not ready to change

The popular revolt in Palestine has taken many by surprise, including Israel’s allies. Historically, Israel’s Western supporters have proven to be morally bankrupt, but the latest war has proved them to be politically bankrupt as well.

Throughout the war, Washington and other Western capitals parroted the same old line about Israel’s right to defend itself, Israel’s security and the need to return to the negotiation table. This is an archaic and useless position because it did not add anything new to the old, empty discourse. If anything, it merely demonstrates their inability to evolve politically and to match the dramatic changes underway in occupied Palestine.

Needless to say, the new U.S. administration of Joe Biden, in particular, has missed a crucial opportunity to prove that it was different from that of the previous Donald Trump administration. Despite, at times, guarded language and a few nuances, Biden behaved precisely as Trump would have if he was still  president.

The head of the Palestinian Authority, Mahmoud Abbas, and his circle of supporters represent a bygone era. While they are happy to claim a large share of whatever international financial support that could pour in to rebuild Gaza, they do not represent any political trend in Palestine at the moment.

Abbas’s decision to cancel Palestine’s elections scheduled for May and July left him more isolated. Palestinians are ready to look past him; in fact, they already have. This so-called leadership will not be able to galvanize upon this historic moment built on Palestinian unity and resistance.

The Palestinian Authority is corrupt and dispensable. Worse, it is an obstacle in the way of Palestinian freedom. Palestine needs a leadership that represents all Palestinian people everywhere, one that is truly capable of leading the people as they attempt to chart a clear path to their coveted freedom.

Expanding the circle of solidarity

The incredible amount of global solidarity which made headline news all over the world was a clear indication that the many years of preparedness at a grassroots level have paid off. Aside from the numerous expressions of solidarity, one particular aspect deserves further analysis: The geographic diversity of this solidarity, which is no longer confined to a few cities in a few countries.

Pro-Palestine solidarity protests, vigils, conferences, webinars, art, music, poetry and many more such expressions were manifest from Kenya to South Africa, to Pakistan to the U.K. and dozens of countries around the world. The demographics, too, have changed, with minorities and people of color either leading or taking center stage of many of these protests, a phenomenon indicative of the rising intersectionality between Palestinians and numerous oppressed groups around the globe.

A critical fight ahead for Palestinians is the fight of delegitimizing and exposing Israeli colonialism, racism and apartheid. This fight can be won at the United Nations General Assembly (UNGA), the International Criminal Court (ICC), the International Court of Justice (ICJ), UNESCO and numerous international and regional organizations, in addition to the countless civil society groups and community centers the world over.

For this to happen, every voice matters, every vote counts, from India to Brazil, from Portugal to South Africa, from China to New Zealand and so on. Israel understands this perfectly, thus the global charm offensive that right-wing Israeli prime minister, Benjamin Netanyahu, has been leading for years. It is essential that we, too, understand this, and reach out to each U.N. member as part of a larger strategy to deservingly isolate Israel for ongoing war crimes and crimes against humanity.

Redistricting: What is it and why it matters

Palestine’s moment: Despite massive losses, Palestinians have altered the course of history