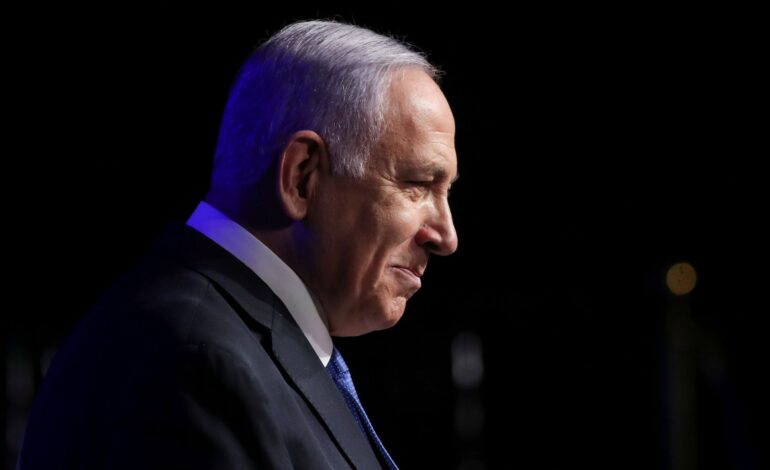 ISRAEL — Prime Minister Benjamin Netanyahu faces an end to his long hold on power in Israel on Sunday when the country’s legislature votes on approving an improbable government of diverse parties that came together to unseat him.

As things stand, the coalition of right-wing, left-wing, centrist and Arab parties commands a majority in the 120-member Knesset and would be sworn in the same day once it is approved, with nationalist Naftali Bennett becoming prime minister.

“The unity government is on its way, for the good of the citizens of the State of Israel,” Lapid tweeted.

With time running out for Netanyahu, members of his right-wing Likud party said he would fight until the end to try to prevent its approval, but efforts to persuade members of the new coalition to defect have been unsuccessful so far.

If relegated to the opposition benches, Netanyahu, 71, is likely to press on with a message that the new government will be hobbled by its left-wing members if military steps are needed against Israel’s enemies. He has pledged to topple it quickly.

The alliance could be fragile, with members — including an Arab party for the first time in Israel’s history — having little in common other than a desire to oust Netanyahu, who has been in office consecutively since 2009.

Under a “rotation” deal, Bennett, a former defense minister and a high-tech millionaire, will serve until 2023 as prime minister before Lapid, once a popular TV host, takes over.

With agreement in the broad coalition unlikely over major issues such as the Israel’s occupation of Palestine, and Jewish settlement in the occupied West Bank, its leaders have said it would focus largely on economic and social policy.

For Netanyahu’s grassroots backers, dubbed “Bibi-ists”, he remains a combative leader tough on security and a bulwark against international pressure for any bold steps in Middle East diplomacy that could lead to a Palestinian state.

His opponents have cited his corruption trial, in which he has denied any wrongdoing, as a main reason why Israel needs to replace its longest-serving leader, arguing that Netanyahu might use a new term to legislate immunity to shield himself.

Weakened by charges of bribery, fraud and breach of trust involving alleged favors to media tycoons and expensive gifts he received, Netanyahu and his allies — as well as his rivals — had failed to win a governing majority in four elections over the past two years.

Israel last went to the polls in March. The governing coalition that Lapid, 57, built, just minutes before the end of a 28-day presidential mandate last week, followed an unsuccessful attempt by Netanyahu to do the same.

Netanyahu is not going quietly, accusing Bennett of election fraud by reneging on a promise not to partner with centrist, leftist and Arab legislators in what the prime minister described as a government that will put Israel at peril.

Bennett, 49, responded on Sunday by calling on Netanyahu to “let go” and “not leave scorched earth behind you.”

Right-wing protests have been held outside the homes of several members of Bennett’s Yamina party and Israel’s domestic security chief has warned about the prospect of political violence.